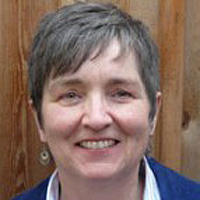 Dr. Barbara M. Freeman is the author of Beyond Bylines: Media Workers and Women’s Rights in Canada  (2011), The Satellite Sex: The Media and Women’s Issues in English Canada, 1966-1971  (2001), both from Wilfrid Laurier University Press, and of Kit’s Kingdom: the Journalism of Kathleen Blake Coleman (Carleton University Press 1989). A former journalist, full-time university professor and now an adjunct research professor in the School of Journalism and Communication, she specializes in media history, and gender and diversity in journalism. She is well versed in the history of female media workers in mainstream and alternative journalism and broadcasting in Canada, as well as the history of the women’s movement and its intersections with human rights issues. She is currently researching the history of women in Canadian journalism, 1945-2000.