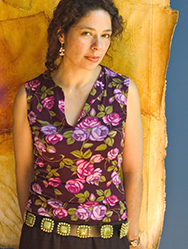 Sandra Laronde is Director of Indigenous Arts at The Banff Centre, an internationally respected arts, cultural, and educational institution in Banff, Alberta, as well as serving as Artistic Director of Red Sky Performance, an indigenous dance, theatre and music company based in Toronto. She divides her time between Toronto and Banff and is an accomplished and prolific innovator in the artistic and cultural sector as a director, producer, choreographer, performer, and creative leader. With Red Sky, Sandra’s vision is to create a leading international company of world Indigenous performance in dance, theatre and music. The company has performed around the world, and in 2010, under her leadership, received a Dora Mavor Moore Award, and two Canadian Aboriginal Music Awards. Sandra is a graduate of the University of Toronto and, amongst other honours, received an honorary doctorate from Trent University, and an Expressive Arts Award from The Smithsonian Institution in Washington. 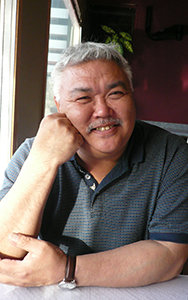 Michael Arvaarluk Kusugak grew up in Repulse Bay, NWT (now Nunavut). During his childhood, his family lived a traditional Inuit lifestyle, hunting and fishing, travelling by dog sled, and living in igloos in the winter and tents in the summer.  Michael is the author of nine children’s books including A Promise Is a Promise, Baseball Bats for Christmas, and Northern Lights: The Soccer Trails. His first novel for children, The Curse of the Shaman, a Marble Island Storywas published in 2007 and his latest publication is a picture book, T is for Territories. Michael has been honoured numerous times for his writing, including the Ruth Schwartz Award for Northern Lights, and the prestigious Vicky Metcalf Award for his body of work in Children’s Literature. He moved recently from Rankin Inlet to Vancouver Island to allow better access to travel for touring. Michael writes and travels extensively throughout Canada, the United States and the world, telling stories. 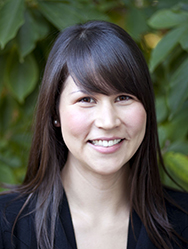 Meryl McMaster is a photo artist whose work explores questions of identity, representation, perception, myth, memory and the environment. Her work goes beyond straight photography to incorporate manual production, performance and self-reflection. Meryl’s interest in the complexities of identity has led her to use her work as an opportunity to express her own bi-cultural heritage as a synergistic strength, rather than the struggle between opposites that is often portrayed. She has exhibited in a variety of galleries and shows, and received numerous awards for her work, including the Charles Pachter Prize for Emerging Artists, and the prestigious Eiteljorg Contemporary Art Fellowship. Her work is held by a number of private collections and in 2012 she was named the Art Bank of Canada’s artist of the year. She is a graduate of the Ontario College of Art and Design, where she was awarded the OCAD Medal. 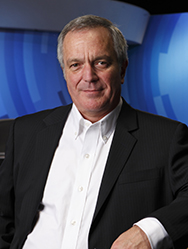 Jean LaRose is the Chief Executive Officer of the Aboriginal Peoples Television Network. APTN is the first and only national Aboriginal broadcaster in the world, with programming by, for and about Aboriginal Peoples. The network supports the creative programming initiatives of over 80 independent Aboriginal producers. As one of the host broadcasters of the 2010 Vancouver Winter Olympics, APTN carried over ten hours per day of Olympic coverage in English, French and eight Aboriginal languages. Mr. LaRose was a member of the original Advisory Committee that oversaw the development of the concept and license proposal for APTN in 1997-1998. Since being named CEO in 2002 he has brought the network to national and international prominence. APTN was one of the first networks in Canada to move to a full HD technical platform. He is a founding member of the World Indigenous Television Broadcasters Network and sits on the Board of Directors of the National Screen Institute, the Board of On-Screen Manitoba and the Nisga’a Commercial Group. In 2011 he was awarded the National Aboriginal Achievement Award for Media and Communications. He is a graduate of the University of Ottawa.

A Tribe Called Red is a First Nations Producer and DJ crew comprised of DJ Shub (Dan General), DJ Bear Witness (Bear Thomas), and DJ NDN (Ian Campeau). Their unique sound is a fusion of traditional pow wow vocals and drumming, combined with cutting-edge electronic music which emerged from their monthly Electric Pow Wow events at Ottawa’s club Babylon. ATCR has become the face of an urban Native youth renaissance with a global following, championing their heritage and speaking out on aboriginal issues, while being on top of popular music, fashion and art. DJ Bear Witness doubles as the crew’s visual artist and creates stunning, political and often humorous videos that incorporate film and pop culture references to Native people and reclaim the aboriginal image. Their second album, Nation II Nation, was shortlisted for the Polaris Music Prize as one of the ten best Canadian albums of 2013, and received four APCMAs (Aboriginal Peoples Choice Music Awards) for best group, best producer, best album and best cover art.