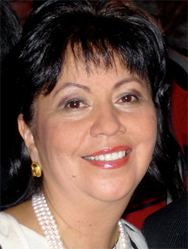 Dorothy Grant is an internationally renowned fashion designer and artist who was the first Aboriginal designer to combine traditional Haida designs and ceremonial wear with contemporary fashion. The driving force behind her clothing designs is “empowerment, pride and feeling good about oneself,” and using fashion to share Northwest culture with a broader audience. Her ability to maintain a successful business while remaining true to her artistic vision is one of her most impressive achievements. Her Feastwear and Gold Label designs in cashmere, silk, wool, and leather include a range of clothing for men and women ranging from gowns and tuxedos to skirts and collared shirts. In conjunction with the 2010 Winter Olympics in Vancouver, she launched her Red Raven line of “everyday wear” items. Ms. Grant is the recipient of numerous fashion design and business awards as well as a National Aboriginal Achievement Award. In addition to clothing North American dignitaries and celebrities, her garments are part of the permanent collection of several museums and galleries, including the Canadian Museum of Civilization, the National Gallery of Canada, and the Museum of Anthropology in Vancouver. 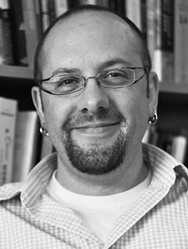 Daniel Heath Justice is a talented writer and academic. An Associate Professor of English at the University of British Columbia, he serves as Chair of the university’s First Nations Studies Program.  Originally from Colorado, he lives in the traditional territory of the Musqueam people on the campus of the university. His work includes Our Fire Survives the Storm: A Cherokee Literary History, the Indigenous epic fantasy The Way of Thorn and Thunder: The Kynship Chronicles, and the co-edited anthologies Sovereign Erotics: A Collection of Two-Spirit Literature and, with James H. Cox, the Oxford Handbook of Indigenous American Literature.  Current projects include a cultural history of badgers, a short volume on why Indigenous literature matters, and a new dark fantasy series. 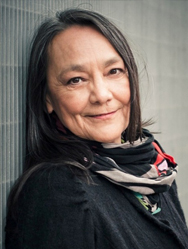 An accomplished and celebrated actress, Tantoo Cardinal is known for her steadfast authenticity in bringing to life complex and diverse Aboriginal characters and working to dispel stereotypes. Her performances on stage and in both film and television have helped blaze a trail in an industry where few roles for Aboriginal women previously existed. Her 80+ credits include North of 60, Moccasin Flats, Shattered, Legends of the Fall, Dances With Wolves, Black Robe, Loyalties, The Education of Little Tree, Where the Rivers Flow North, Smoke Signals and Mothers & Daughters. In Ottawa she most recently appeared in the National Arts Centre production of an Aboriginal King Lear. Acting and public speaking are but a few of the ways she contributes to society, dedicating her life to ensuring Aboriginal people, their cultures and the historic and current issues impacting their communities are fairly represented throughout the arts. A founding member of the Saskatchewan Native Theatre Company, she serves as an inspirational role model to aspiring youth. Her performances in projects like the Vagina Monologues seek to raise awareness of the shocking level of violence against Aboriginal women in Canada and to support women who are struggling with the issue of violence. In 2010 Ms. Cardinal was inducted as a Member of the Order of Canada for her outstanding contributions to the arts. Other honours include the Harvard University Sun Hill Award for excellence in Aboriginal film making, and four honorary doctorates. 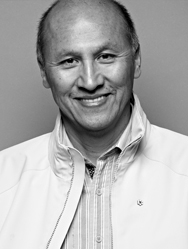 Gerald McMaster is a visual artist, curator, educator, and senior arts administrator. He is also a Carleton graduate and holds a PhD from the University of Amsterdam. From 1981 to 2000 he served as Curator of Contemporary Indian Art at the Canadian Museum of Civilization. From there he was recruited by the National Museum of the American Indian in Washington, DC and worked on major projects there for six years before returning to become Curator of Canadian Art at the Art Gallery of Ontario in Toronto. He has numerous publications and has represented Canada on major international boards, initiatives, and art juries. As an artist, his work can be found in major national and international collections. Among other honours, he is a recipient of a National Aboriginal Achievement Award and is an Officer of the Order of Canada. He currently divides his time between Ottawa and Philadelphia. 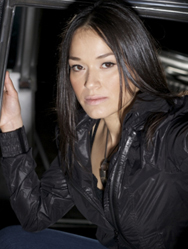 Lucie Idlout is a singer/songwriter from Nunavut. A blues/rocker with a gravelly voice, she has performed across Canada and throughout Europe, as well as hosted the program Buffalo Tracks for APTN. She released her first album, E5-770, My Mother’s Name, in 2004. The title refers to the Canadian government practice of identifying Inuit by disc numbers instead of their names, a government program that ran from 1941 to 1978. Although she had already garnered national and international attention, it was when she opened for The White Stripes at their concert in Iqaluit in 2007 that the media began to truly take notice. Her second album, Swagger, was released in 2009. The album includes “Lovely Irene,” which was later reworked with a children’s choir and renamed “Angel Street,” a song that powerfully calls attention to the issue of domestic violence. Lucie divides her time between Nunavut and Montreal.