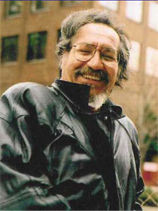 Ojibwa multimedia sculptor Ron Noganosh “blends tears and laughter in a unique way,” with work in several major exhibitions and a touring solo retrospective exhibition entitled It Takes Time: The Art of Ron Noganosh. Growing up on a small reservation near Georgian Bay, Noganosh has been creating art for his entire life. Responding to the conference theme, Noganosh offers Allan J. Ryan’s notion of “an ever shifting spirit of cultural vitality,” adding that those who present a new lens through which to view Indigenous experience are also authentic. In a humorous, political, and often ironic style, Noganosh addresses the relationships, social institutions, values, and collective sense of identity that were damaged in the colonial project. To create his sculptures, Noganosh upcycles refuse, musing that “garbage collectors earn three times as much as [he does].” His sculpture If you find any culture, send it home, the subject of the National Film Board production Make Art Like Ron, combines a mask with a fictitious letter poking fun at museum practices and expectations of authenticity. In Shield for a Modern Warrior, Noganosh reflects on the use of alcohol as a shield in Indigenous communities. In his greater body of work, Noganosh explores diverse issues, including Indigenous-Canadian relations, Hollywood stereotypes, global colonialism, environmental degradation, urban Indigenous life, violence, politics, spirituality, sexuality, and the reconciliation of traditional and contemporary forms. Noganosh maintains an optimistic outlook, however, pointing to the intelligence and increased opportunities for Indigenous youth. At the same time, he affirms that galleries continue to neglect work that exists outside the boundaries of political correctness, to which he responds that “sometimes we need to be offended.” 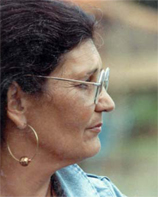 Campbell uses a variety of media to bring stories into communities, anticipating the release of a CD in the near future. “Authenticity is a word that travels with Métis people,” Campbell says, pointing to the expectations that have come from without and within Indigenous communities. She highlights that her people come in many colours and speak many languages, but there are those who appoint themselves the “gatekeepers” of membership, supported by government and educational institutions, who impose restrictive definitions on communities. Campbell affirms that it is the artists and storytellers who define a nation, those who freely incorporate disparate elements into new forms. In her efforts to turn the childhood story “Joseph’s Justice” into a film, Campbell had to prove the historical truth of the narrative to secure funding, demonstrating the imposition of outside definitions of authenticity. Considering herself a novice storyteller, Campbell emphasizes that stories belong to communities, not individuals. To commit a narrative to paper is tragic, she affirms, for stories were traditionally shared orally within communities: Campbell’s uncle told this story on the night of the first snowfall. In “Joseph’s Justice,” a Métis man resists the theft and abuse of the Batoche soldiers at the time of the Riel Rebellion. In a contemporary context, Campbell highlights that most Canadians are unaware of Métis people and their history, which she partially attributes to resistance from First Nations and settlers alike in acknowledging a relationship that would blur the boundaries of self and other. 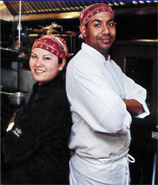 As proprietors and chefs of Sweetgrass Aboriginal Bistro, Phoebe and Warren Sutherland have introduced the first Indigenous fine dining establishment to Ottawa. Raised on a small Cree reserve near James Bay, Phoebe learned traditional methods of food preparation. As a child, she dreamed of opening a restaurant of Indigenous cuisine with her father. Phoebe pursued post-secondary education at Algonquin College in the hotel restaurant management program, designing the themes, menu, décor, and music for an Indigenous restaurant as a project, which would later become the business plan for the bistro. Realizing that culinary art was her main interest, she attended the New England Culinary Institute in Vermont, where she was given the opportunity to experiment with East Coast and Southwest cuisine. Phoebe and Warren met at the Institute, and shortly thereafter, they began working on a business plan. Sweetgrass Aboriginal Bistro opened on November 15, 2003, showcasing a seasonally based fusion of traditional North American Indigenous cuisine as well as using the venue to display Indigenous visual arts and culture. Making a distinction between craft and art, Warren explains that Phoebe was able to teach him the methods of preparing Indigenous cuisine because he already had the artistic passion for food preparation. Having been born in Jamaica, Warren also shares Indigenous roots with Phoebe, pointing to cross-cultural similarities in cuisine. Emphasizing that authentic cuisine comes from a person’s heart, heritage, soul, and experience, Sweetgrass balances authenticity with financial viability, incorporating modern food preparation techniques and styles alongside traditional recipes. They hope to create satellite projects in Indigenous communities in the future. 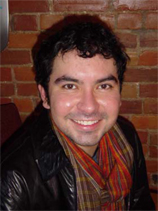 “Canadians are more likely to see an alien on TV than an Aboriginal person,” Ryle quotes from a Canadian Radio-Television Telecommunications Commission report, stressing the need to increase visibility of Indigenous peoples. Hoping to foster an economy in film for Indigenous artists, the Centre for Aboriginal Media established the international imagineNATIVE festival in 2000, which provides workshops for filmmakers in pitching, marketing, and distributing their work. Restricted to Indigenous producers, writers, and directors, the festival provides a venue for marginalized artists, selecting work based on artistic excellence, innovation, and relevance to the Indigenous community. While the films are not required to have overt “Indigenous content,” many of the filmmakers view their work as an evolution of oral tradition. In conjunction with the festival, an annual tour of select films is shown to remote Indigenous communities in Ontario. In the past festivals, artists used documentary, short drama, and experimental film to explore issues ranging from the loss of language and culture in Jeff Barnaby’s From Cherry English to homosexuality in Jason Friesen’s Potato Man. Bently Spang’s experimental film Boutique of the Damned demonstrates the perseverance of Indigenous peoples, while Corey Allison’s Interview with Alice McCabe is an intimate portrayal of her grandmother’s struggles with dementia. Working in animation, Joseph Lazaar creates an humorous science-fiction film in Mind of the StarChaser. As the Canadian Indigenous film community becomes better established, Ryle is optimistic that opportunities and funding will increase. 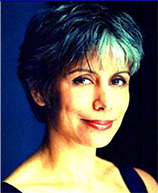 Métis/Finnish actress, singer, songwriter, and puppeteer Jani Lauzon explores the limits of “authenticity” in a historical and contemporary context. As co-founder of the Turtle Gals Performance ensemble, Lauzon is researching Indigenous performers from the early 1900s to the present day for a project entitled The Only Good Indian, which addresses the transformation of tradition to withstand the systemic violence of the colonial period. In the early 20th century, Chickesaw actress Mary Thomson assumed the persona of storyteller and folklorist Princess Te Ata Fisher after unsuccessful attempts to work in the theatre, which held no place for Indigenous actors beyond the stereotypes of the Wild West shows. At the same time, traditions were being transformed in Indian clubs, as Indigenous students filtered their cultural practices through the lens of patriotism to make them acceptable to White society. This was also the period of the Indiannists: white composers who took music from Indigenous communities and harmonized the melodies to piano. While relying on the stereotyped images popular at the time, Te Ata recognized that her words would be viewed through a “cultural prism,” referring to the role of cultural context in determining perception, and decided to use her talents as a performer to bring people together by “transforming racism into light and beauty.” While contemporary Indigenous artists have greater freedom to define their own audiences, Lauzon points to the stereotypes and tokenism that persist today, referencing experiences working on the television show Destiny Ridge and in performing at the Métis Music Festival. In challenging these depictions, Lauzon stresses that she may have less opportunities to work, but by maintaining her integrity and authenticity, she can broaden the next generation’s range of choices as her predecessors did for her.