The assumption that more and better images of transgender people are key to achieving transgender equality strains under an emerging contradiction:  As the number of “positive” transgender media objects has increased in the Global North, so too have cultural and legislative hostilities toward transgender people. Arguing that the aesthetics of “good” trans representation narrow the scope of sexual politics and contribute to trans antagonism, this project investigates the mediated history of trans badness–reclaiming it as a radical trans property that must be embraced to reorient us toward sex and gender liberation. 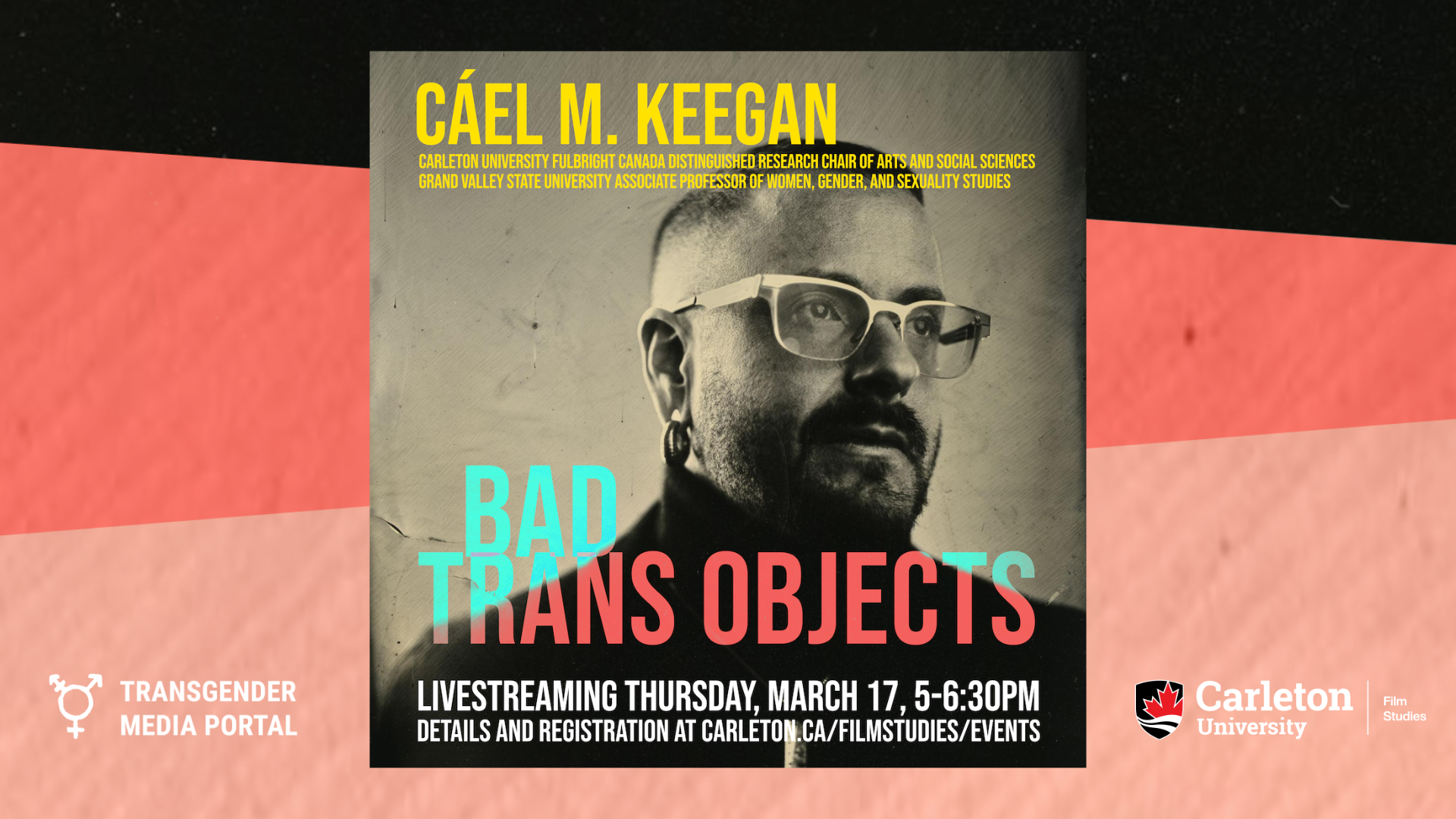 Cáel M. Keegan is the Fulbright Canada Distinguished Research Chair of Arts and Social Sciences at Carleton University and Associate Professor of Women, Gender, and Sexuality Studies at Grand Valley State University. He is author of Lana and Lilly Wachowski: Sensing Transgender (University of Illinois Press, 2018) and co-editor of Somatechnics 8.1 and the JCMS In Focus dossier, “Transing Cinema and Media Studies.” His writing has also appeared in Genders, Queer Studies in Media and Popular Culture, Transgender Studies Quarterly, Mediekultur, The Journal of Homosexuality, The Journal of Cinema and Media Studies, Film Quarterly, and FLOW. Currently, he serves as Special Editor for Arts and Culture at Transgender Studies Quarterly.