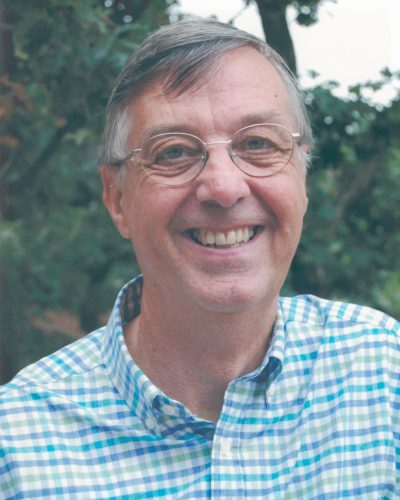 On the 12th of May 2022, the Department of Geography and Environmental Studies (DGES), the Faculty of Arts and Social Sciences (FASS), and all of Carleton University lost a trusted friend, academic innovator, and international research leader.  Professor Emeritus Michael W. Smith passed away peacefully in his sleep at his home in Picton.

Mike started his university education in Liverpool, England, where he received a BSc in 1966 with thesis research on deglacial landforms in Scotland.  He then went to Georgia as a Fulbright scholar to study meteorological drought, obtaining his MA in 1968.  His PhD was earned from the University of British Columbia in 1973, on ground temperature variability in the Mackenzie Delta, and that work marked the beginning of independent and collaborative research in the Canadian Arctic on permafrost and problems related to climate change and northern development.

Mike sparked a new generation of northern science during the 1970s, a time when only a few environmental scientists prioritized cold regions.  His appointment at Carleton in 1972 launched a research career lasting over 30 years, during which Mike became an internationally-recognized expert in climatic, geotechnical, and geothermal issues in cold regions.  He was an innovator in developing and testing instruments that could measure liquid water content in frozen and saline soils, and in measuring soil heave and heaving pressures.  Much of this work included a dedication to long-term studies. For example, soon after joining Carleton he established an extensive network of permafrost monitoring sites in Yukon.  That legacy continues, now under the leadership of Chancellor’s Professor Chris Burn, who at the time was starting his Master’s degree under Mike’s supervision.

Training of and involvement of students in his research was clearly a priority for Mike.  While his time here predates current obsessions with keeping records of the numbers of students supervised, student involvement is a clearly a constant theme in his work.  Former research administrator in the department April McIlhagga wrote “From my own observation and comments made to me by students, they find working for Mike not only challenging and rewarding in relation to their studies, but very enjoyable.  He has a knack of arousing not only interest but enthusiasm and the ability to maintain it through all phases of [the project].” He also contributed well beyond Carleton through the authoritative text he co-authored with Peter J. Williams, “The Frozen Earth: Fundamentals of Geocryology” (1989).

Mike’s research also had many practical implications, and his many governmental, industry, or community organization research partners had strong interests in his findings. His focus on permafrost and northern development evolved into frequent participation in environmental assessments, and he provided expert testimony at the Mackenzie Valley Pipeline enquiry, and environmental reviews of the Alaska Highway Gas Pipeline, Arctic Pilot Project, Norman Wells Oil Pipeline, and the Beaufort Sea Hydrocarbon Development Proposal.  He also delivered many public lectures about climate change and permafrost through his career.

But Mike also engaged in smaller, more locally-focused projects.  For example, in 1983 Mike and two geography students, Ann Owens and Cheryl Harrison, performed a micrometerological study of Brewer Park (just across Bronson Avenue from campus), to measure wind conditions and take soil samples to help evaluate salt drift and frost heaving potential.  The resulting report to the city informed the design and construction of the speed-skating oval that so many have since enjoyed.  Similarly, in 1992, Mike and students conducted research in the Ottawa neighbourhood of New Edinburgh, which the community association used in their presentations to the environmental assessments for the Stanley Park / Vanier Parkway project.  Other community contributions came from regular involvement in exchange and enrichment programs between Carleton and area high schools, professional development meetings with local teachers, and regular involvement in science fairs.

Mike was was an early interdisciplinarian and routinely envisioned new academic programs that built bridges between traditional academic disciplines and emerging societal issues.  He was instrumental in the development of the BA in Environmental Studies, and was also involved in advising both the Technology, Society and Environment and the Environmental Science programs.  His interest in environmental assessments contributed to new opportunities for students and other researchers on campus, thanks to his developing and becoming the co-director of the Impact Assessment Centre.

This dedication to improving Carleton’s offerings led to Mike directly contributing to university administration. He was a strongly appreciated Chair of our department from 1994-2000, during which he also served on University Senate (1996-1999). He became Associate Dean in the Faculty of Arts and Social Science in 2001, then Dean in 2003. Mike was an inspirational dean who put the wellness of the people he served at the foreground of his daily activities. He was a compassionate, caring leader who excelled at team and consensus building.  He had a great sense of humor and a keen sense of fairness that he applied successfully in his interactions with members of the Carleton community.

Mike and his family lived in Chelsea and Wakefield while he was working at Carleton, then in 2006 he retired and moved with his wife Pauline to Picton.  By all accounts they have loved their Prince Edward County life, where Mike’s history of volunteering in the community continued.  You can find his obituary and an opportunity to post memories of Mike at this page hosted by the Rushnell Funeral Home in Picton. 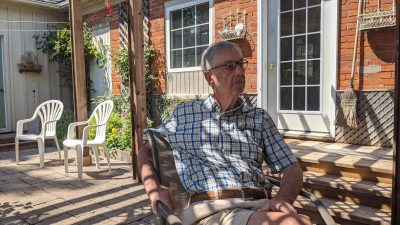