The History Department is pleased to announce that two of our recent graduate students have completed books for publication. 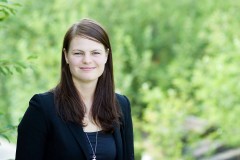 Dr. Melissa Armstrong graduated from Carleton with a PhD in history in 2017. She has just recently published a historical monograph called An Ambulance on Safari: The ANC and the Making of a Health Department in Exile with McGill-Queen’s University Press which will be released September 26, 2020. The book is largely based on her thesis. Melissa is currently studying medicine at the University of Saskatchewan.

Dr. Sean Eedy also holds a doctorate in history from Carleton University and has an upcoming book, Four-Color Communism: Comic Books and Contested Power in the German Democratic Republic, that will be published in February 2021. His publications include articles and chapters on comic book representations of the Holocaust, animated DEFA adaptations of Brothers Grimm’s Fairy Tales, and time travel and historical representation in the work of Hannes Hegen.  Sean is currently an independent researcher and part-time professor in the Department of History at Trent University.

About An Ambulance on Safari

During the apartheid era, thousands of South African political activists, militants, and refugees fled arrest by crossing into neighbouring southern African countries. Although they had escaped political oppression, many required medical attention during their period of exile. An Ambulance on Safari describes the efforts of the African National Congress (ANC) to deliver emergency healthcare to South African exiles and, in the same stroke, to establish political legitimacy and foster anti-apartheid sentiment on an international stage.

Banned in South Africa from 1960 to 1990, the ANC continued its operations underground in anticipation of eventual political victory, styling itself as a “government in waiting.” In 1977 it created its own Health Department, which it presented as an alternative medical service and the nucleus of a post-apartheid healthcare system. By publicizing its own democratic policies as well as the racist practices of healthcare delivery in South Africa, the Health Department won international attention for its cause and provoked widespread condemnation of the apartheid state. While the global campaign was unfolding successfully, the department’s provision of healthcare on the ground was intermittent as patients confronted a fledgling medical system experiencing various growing pains. Still, the legacy of the department would be long, as many medical professionals who joined the post-apartheid Department of Health in South Africa had been trained in exile during the liberation struggle.

With careful attention to both the international publicity campaign and on-the-ground medical efforts, An Ambulance on Safari reveals the intricate and significant political role of the ANC’s Health Department and its influence on the anti-apartheid movement.

As with all other forms of popular culture, comics in East Germany were tightly controlled by the state. Comics were employed as extensions of the regime’s educational system, delivering official ideology so as to develop the “socialist personality” of young people and generate enthusiasm for state socialism. The East German children who avidly read these comics, however, found their own meanings in and projected their own desires upon them. Four-Color Communism gives a lively account of East German comics from both perspectives, showing how the perceived freedoms they embodied created expectations that ultimately limited the regime’s efforts to bring readers into the fold.