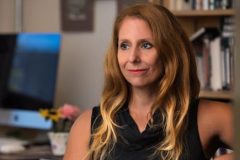 Jennifer Evans joins an international network based at the Free University of Berlin. The network, consisting of 20 scholars from the US, Canada, Germany, and the UK, will conduct research queer history and sexualities in German-speaking Europe, funded by a three-year grant from the German Research Foundation. The network will enhance the visibility and impact of research on changing sexual subjectivities, practices and discourses in German-speaking Europe from 1945 up to the early 2000s, focusing on the role that non-normative sexual and gender identities played for the social construction of sexual norms. This theoretically productive and internationally established field of study has so far received at best scarce attention within German, Austrian and Swiss historiography. The network will take stock of existing research on the history of lesbians, gays, bisexuals, transgender and intersexual people (LGBTI) within German-speaking Europe, though other forms of non-normative sexualities and genders are also within its purview. The network will systematically assess current developments in the field, link different research strands by way of synthesis and generate fresh approaches for future research, especially by looking at the conflicting narratives that have informed the history of homosexualities so far: liberalization, emancipation and normalization. The network thus also introduces innovative perspectives on discussions within the broader field of contemporary history, primarily as regards the paradigm of liberalization and its alternatives.

More on the grant is available here: https://www.geschkult.fu-berlin.de/e/fmi/bereiche/ab_didaktik/News/Netzwerk_Queere_Zeitgeschichte.html