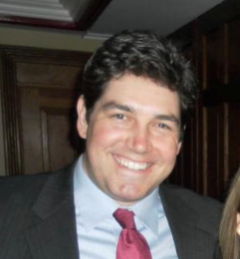 History alumnus Dr. Stuart MacKay has written an article for The Hill Times, looking at how the influence of Trump affected the Republican Party in the United States and how this should influence Canada’s future relationship with our American neighbours. A short excerpt is included below, with the full article, “It’s time to Trump-proof Canada’s foreign policy,” available online.

That sound you heard all across Ottawa on Jan. 20 was a deep sigh of relief from hundreds of politicians, staffers, and public servants, all happy to see the tail end of the Trump administration. With Joe Biden now in the Oval Office, Canadian decision-makers may assume that Canada-U.S. relations can return to the status quo. This would be a mistake. Canada must absorb the lessons of the Trump era by developing a more proactive relationship with the United States, starting by mitigating three issues that helped Trump and the Republican Party win power.

Canada must not ignore the fact that Trump and the Republican Party remains politically competitive. More than 74 million Americans voted for Trump in the 2020 election. Trump loyalists have quietly taken control of congressional caucuses, state parties, and political action committees. As a result, the Republican Party has now adopted a distinctly Trumpian mentality. Trump’s 2020 campaign was merely a retread of his 2016 message, emphasizing that America’s southern border was a mess; that the world was taking advantage of the U.S.; and that free trade was a disaster. Bereft of new policies and ideas, Republicans may view that the simplest path back to power is to repeat this Trumpian message in future elections.

This message might resonate amongst Americans again should the Biden administration fail to resolve several overarching issues. If the migration crisis along the southern border with Mexico continues, Republicans will use this opportunity to promote harsher immigration policies and more wall-building. Should the U.S. continue to assume the financial burden of the North Atlantic Treaty Organization (NATO), Republicans will continue to promote the ideas of isolationism and neutrality. Should Biden’s financial recovery package proposed fail to help economically depressed areas like Ohio and Michigan, then Republicans once again may again rally around the policies of further tariffs and renegotiating trade agreements. The political appeal of a renewed Trumpian message could result in a Republican majority in the House or Senate in 2022, and quite possibly Trump himself returning to the Oval Office in 2024.

To prevent a return to the social, economic, and political chaos that has defined the Canada-U.S. relationship over the past four years, Canada should take three steps to ensure that these issues cannot be exploited by Republicans in future elections.