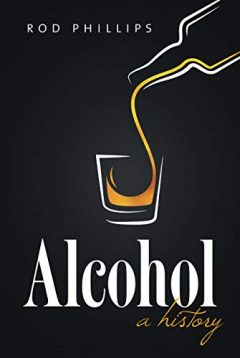 Professor Rod Phillips was recently interviewed by BBC Coventry on early alcohol.  A program on the station fields listeners’ queries each day, and one listener had asked when people began to drink alcohol.

They reached out to  Rod for a live interview, and he ran through the evidence in Asia, the Middle East, and South America for the production of alcohol (mainly beer,  wine, and mead) between about 6,000 and 14,000 years ago.  He also pointed to the evidence that animals and birds feed on overripe fruit that has fermented naturally, and suggested that our primate ancestors might have enjoyed the feeling of mild intoxication by eating lightly alcoholic fruit and berries before humans began to produce alcoholic drinks.

Rod’s books on alcohol include Alcohol: A History (Chapel Hill: University of North Carolina Press, 2014, paperback 2019), which is available in several non-English translations (including French and Chinese) and as an Audiobook. He offers a course on the history of alcohol.