Warm congratulations to William Languedoc, Dionysia (Sia) Mounouchos, and Samuel Labun for successfully defending their Master of Arts in Philosophy theses this Spring! Read more about their fascinating research below. 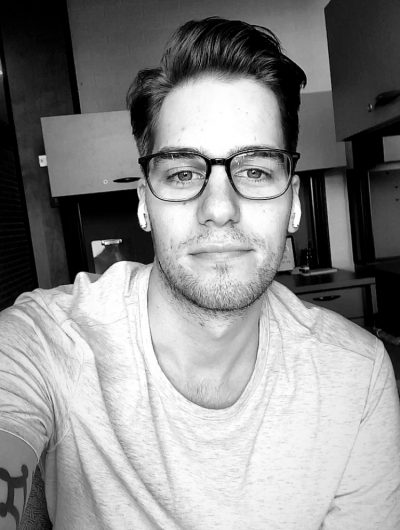 Will is now heading to York University to begin his PhD in the Fall.

On Susan Wolf’s well-known account of meaning in life, activities can add meaning to our lives only if we are actively engaged in those activities. My aim in this thesis is to uncover empirically informed, practical lessons about meaning, given Wolf’s requirement of active engagement. After examining Wolf’s account and defending that requirement, I look at the psychological research on “flow,” which is the conceptual equivalent of active engagement in psychology. I then draw three important practical lessons about meaning in light of this research —one about activities that take us outside of our comfort zones, another about stress, and a third about trusting intuition.

Supervised by Professor Christine Koggel Sam’s thesis was titled ‘Stand-Up Comedy and Social Justice: A Discussion of Freedom of Speech and Inclusive Democracy’.

This thesis explores freedom of speech and its capacity to promote individual agency and well-being, relieve the oppression of excluded social groups, and increase understanding and communication across differences in democratic society. The thesis applies the insights of John Stuart Mill, Amartya Sen, and Iris Marion Young to stand-up comedy. The thesis argues that comedians and audiences have a responsibility not to exclude oppressed social groups from comedy and democratic society in general. Open mics fulfill all Young’s conditions for inclusive communication, and professional comedians like Robin Tyler, Hannah Gadsby, Dave Chappelle, and Ms. Pat use their comedy to increase communication and understanding across group differences. The thesis concludes that comedy can provide an effective, inclusive, and public opportunity for social groups to voice their needs, concerns, and demands for equal concern and respect, and that comedy can edify the public about their democratic society.