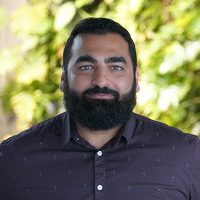 Admittedly more Jon Stewart than John Stuart Mills, Asif Hameed is a PhD candidate with Carleton’s Department of Political Science specializing in Canadian and Comparative Politics. A member of the Digital Democracy Project – a collaborative research project featuring the work of select political sociologists from across the country – his research looks at the intersection of digital and democratic engagement, with his dissertation interrogating the ways in which social media and Web 2.0 platforms are transforming political discourse in Canada within the context of the 2019 Canadian federal election.

He is also the producer and host of the Carleton University Political Science Podcast.