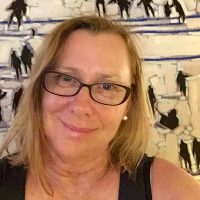 Elizabeth Friesen is an Adjunct Research Professor and contract instructor with Carleton University’s Department of Political Science. Originally, she studied architecture at Carleton and the Architecture Association in London, England, and worked as an architect in both private and public sectors. This experience led Friesen to ask a number of questions about what part taste, design, function, and, of course, finance play in shaping our built environment and how our environment shapes our societies.

These questions eventually led her to the study of political science and international political economy where she was able to start to explore these tensions applying existing theoretical structures. Her Honours Essay was “The Limitations of the Free Market Model in Coping with Structural Change in the Global Political Economy”, her MA Thesis was “The Polanyian Double Movement and the Context of International Finance: an Examination of Emerging Counter Movements” and her dissertation was “The International Financial Architecture, Transnational Networks and the Transformational Potential of Ideas”.  Her current research interests include the power and influence of norms and values, innovative transnational politics, world politics, democracy, international political economy, and global finance.

At Carleton she teaches courses on world politics, democracy, and international organization.

Friesen, Elizabeth. (2014) “The Power of Place: Transnational Politics and the ‘Spirit of Davos’” paper presented at the Annual Convention of the International Studies Association, Toronto, March 26-29, 2014.