comparative institutional structures and leverage points affecting gendered and intersectional representation and policy outputs, including North America and the UK 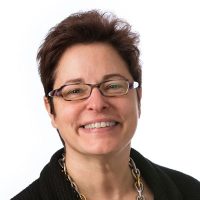 comparative institutional structures and leverage points affecting gendered and intersectional representation and policy outputs, including North America and the UK

Melissa Haussman is a Professor of Political Science at Carleton University, having moved from her native Boston and joining the Department in 2005. In both the US and Canada, she has been active in women’s campaigns for national office, often including her students in these participatory efforts. She brought The Washington Centre for Internships agreement with her when she came, a framework which sends students from all majors to The Washington Centre for a semester or summer term. She has been on the editorial board of several gender and politics journals and has published six books at the present time. She is interested in supervising students whose interests like in the intersection of political institutions, marginalized populations and policy outputs.

Author, “Old Federalism and New Social Risks: Reproductive Health in Canada and the US,” in Thinking Outside the Box, edited by Keith Banting, Richard Chaykowski, and Steven Lehrer, McGill-Queen’s University Press, November 2015, pp. 161-188. Note: this book was listed in the Hill Times “100 Top Politics Books of 2015.”

Reproductive Rights and the State: Getting the Birth-Control, RU-486, and Morning-After Pills and the Gardasil Vaccine to the US Market (Praeger, Jan. 2013).