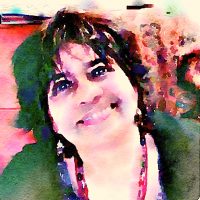 Radha Jhappan is interested in developing integrative approaches to solving the various existential crises facing us that draw upon different ways of perceiving and knowing from diverse fields, encompassing the physical to the social sciences, the humanities to spiritual and mystic traditions. She has published in the areas of constitutional law and politics, the Charter of Rights and Freedoms, Canadian politics and institutions, race and gender in feminist theory, feminist legal theory and litigation strategies, Canadian socio-political history, indigenous nations’ politics and law, and North American politics.

She is currently writing an interdisciplinary book on spirituality, quantum physics, neuroscience, and politics, entitled “The New Enlightenment: from the Age of Reason to the Age of Consciousness”.

“Of Tsunamis and Child Sexual Exploitation: the Political Economy of Supply and Demand in the Sex Tourism and Trafficking Trades”, Asian Women, 20, 2005: 137-174.

“Post-Modern Race and Gender Essentialism or a Post-Mortem of Scholarship”, Studies in Political Economy, 51, Fall 1996: 15-64.