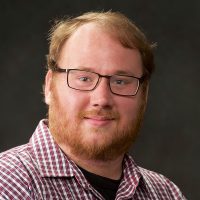 I am currently a SSHRC postdoctoral fellow at the University of Calgary in the department of Political Science and a visiting scholar at Carleton University. My postdoctoral work, supervised by David Stewart, explores the extent to which ‘losers’ of intra-party elections remain engaged with party life. In September 2015 I completed my doctorate at Carleton University where I worked under the direction and supervision of William Cross. My thesis, titled “Two Political Worlds? Reconsidering Vertical Party Integration in Canada: Evidence from Ontario”, explored the extent to which federal and provincial parties collaborate, coordinate, and cooperate with one another during election and inter-election periods. Before finishing my phd I completed degrees (MA and BA) at the University of Waterloo.

My current research interests include party organization in multi-level states, intra-party democracy, and political psychology. My research has been published in a variety of national and international journals such as the Canadian Journal of Political Science, Representation, and Politics & Gender.

Blais, Julie and Scott Pruysers. 2017. “The Power of the Dark Side: Personality, the Dark Triad, and Political Ambition.” Personality and Individual Differences. Online First.

Pruysers, Scott and Julie Blais. 2014. “Anything Women Can Do Men Can Do Better: An Experiment Examining the Effects of Stereotype Threat on Political Knowledge and Efficacy.” The Social Science Journal 51(3): 341-349.