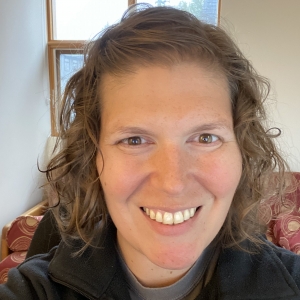 Laura Horak is an Associate Professor of Film Studies at Carleton University and director of the Transgender Media Lab and Transgender Media Portal. She investigates the history of transgender and queer film and media in the United States, Canada, and Sweden. She is author of Girls Will Be Boys: Cross-Dressing Women, Lesbians, and American Cinema, 1908-1934 (Rutgers UP, 2016) and co-editor of Silent Cinema and the Politics of Space (Indiana UP, 2014), Unwatchable (Rutgers UP, 2019), and a special issue of Somatechnics on trans/cinematic/bodies. Horak is a white cis queer settler scholar who is here to leverage her privilege and institutional resources for the revolution.

Horak investigates how cinema has helped envision new forms of gender and sexuality, from the early twentieth century to today. With colleagues in the United States and Europe, she is establishing a new field at the intersection of transgender studies and cinema and media studies. Founder of the Transgender Media Lab, she is creating novel digital tools to connect scholarly work with marginalized communities and is bringing forgotten films to the public through international festivals, DVD releases, and streaming platforms.

Horak works in transgender studies, a discipline that centres the lived experiences and theories of transgender, Two-Spirit, nonbinary, intersex, and other gender-nonconforming people. With frequent collaborators Cáel M. Keegan and Eliza Steinbock (based in the US and the Netherlands, respectively), Horak is helping to establish a new subfield: trans cinema and media studies. Horak, Keegan, and Steinbock edited a special issue of Somatechnics on “trans/cinematic/bodies” and Horak and Keegan are currently co-editing a section on “Transing Cinema and Media Studies” for the Journal of Cinema and Media Studies.

Her article, “Trans on YouTube: Intimacy, Visibility, Temporality” (2014), in Transgender Studies Quarterly, has been cited in scholarship from a range of disciplines, in English, German, Swedish, Spanish, French, and Brazilian Portuguese. She argues that trans YouTube videos succeed because their formal strategies exploit the platform’s penchant for the personal and the spectacular. Based on her archival research in Toronto, Victoria, San Francisco, and Los Angeles, Horak has published on the hundred-year history of trans filmmaking in Canada and the US and the political, cultural, and aesthetic work of the world’s first trans film festivals. She is currently writing the first book analyzing trans filmmaking in North America from the 1990s to today, Trans Cinema: An Introduction. She is bringing attention to the works of trans filmmakers in Canadian film heritage as a collaborator on Janine Marchessault’s SSHRC Partnership Grant Archive/Counter-Archive and as an associate member of Susan Lord’s CFI-funded Vulnerable Media Lab.

Horak is also building the field of trans cinema and media studies through a series of federally and provincially funded grants – a SSHRC Insight Development Grant (2017-2019), a SSHRC Insight Grant (2020-2025), and an Ontario Early Researcher Award (2019-2024). With this support, she has founded the Transgender Media Lab, a virtual and physical space for students and scholars working at the intersections of trans studies and media studies. The lab is planning to host a “State of Trans Cinema and Media Studies” conference in 2023, the first of its kind. The lab has been running regular public events for sharing its research and building connections with the broader trans arts community. This includes public screenings at Digital Arts Resource Centre in Ottawa, a virtual watch party for Translations: Seattle Transgender Film Festival, and partnering with the Aesthetica Film Festival and Seattle Queer Film Festival on trans programming.

Working from the framework of intersectional feminist digital humanities, Horak is creating new digital tools to connect her scholarship with diverse trans communities. A key project of the Transgender Media Lab is the Transgender Media Portal, a collaborative online database and website that combines features of IMDb and Wikipedia to highlight innovative work of trans filmmakers over the past half-century. As of January 2021, the database contains more than 1,500 records and the website has been visited more than 8,400 times by 6,500 unique users from 117 countries. The portal enables new ways of analyzing trans film production and distribution and shares information with educators, students, festival programmers, artists, activists, and the public. It engages trans arts communities and the public to collaboratively generate new knowledge about trans films. Horak completed a pilot proof-of-concept and ran a usability test and consultation with Ottawa’s trans arts community in February 2020. She hopes to launch the public version of the database in Fall 2023, followed by a series of trainings and edit-a-thons at transgender and queer film festivals around North America.

In addition to her work on trans-made cinema, Horak explores feminist, queer, and trans lessons of early twentieth-century cinema in the United States and Sweden and brings long-forgotten silent films to international publics. Horak’s monograph, Girls Will Be Boys, uses archival research to overturn long-standing assumptions about gender and sexuality in American film history, and reveals the fascination of early audiences with varied forms of female masculinity. Chosen by Huffington Post as one of the Best Film Books of 2016, it was also a 2016 Choice Outstanding Academic Title and a finalist for the 2016 Richard Wall Memorial Award by the Theatre Library Association in the US, and was longlisted for the 2016 Kraszna-Krausz Best Moving Image Book in the UK. Moreover, it has been cited in books and articles from a range of disciplines, in English, German, Swedish, Czech, and Spanish. Horak is currently writing a monograph titled Cinema’s Oscar Wilde (Rutgers UP) that demonstrates how cinema participated in the Swedish project of modernizing sexuality in the 1910s and 1920s via a case study of the gay, Jewish, Finnish-Swedish director Mauritz Stiller.

results of her research to the public by programming feminist, queer, and trans silent films at film festivals in Italy, Sweden, and the United States. Through a SSHRC Partnership Development Grant (2020-2023) titled Cinema’s First Nasty Women, she is embarking on an unprecedented collaboration with eleven film archives across Europe and North America, Kino Lorber, Le Giornate del Cinema Muto, and the Women Film Pioneers Project, to make 98 silent films featuring cross-dressing women and women comedians publicly available for the first time.

Horak’s research demonstrates the key role of cinema in shaping the possibilities of gender and sexuality in our lives. Her scholarship is defined by international and interdisciplinary collaborations and, like cinema itself, her work brings people together across disciplines, national boundaries, and the academia/public divide to consider anew how media can reveal unexpected possibilities for more liberating ways of living our identities.

See all publications on Google Scholar

“Representing Ourselves into Existence: The Cultural, Political, and Aesthetic Work of Transgender Film Festivals in the 1990s” In The Oxford Companion to Queer Cinema, edited by Ronald Gregg and Amy Villarejo. Oxford: Oxford University Press. In production, anticipated 2021.