It’s been several years in the making.

The first hint of the School’s new digital publication came during the May 25, 2015 meeting of journalism faculty members. That’s when they approved the integration of two of the program’s long-standing publications: Centretown News and Capital News Online.

It was a massive undertaking involving a revamped curriculum and a bright new vision of what that integration might look like.

The resulting Capital Current publication was imagined as a digital hub, drawing content from the best work produced by journalism students in all senior reporting courses.

More than just a vehicle for student work, though, Capital Current was built for a larger journalistic mission. And at the December gathering to celebrate their students’ achievements, that mission was underscored by co-publishers and workshop instructors Aneurin Bosley and Christina Spencer.

There were more than editorial issues to consider in developing the new publication. An original website had to be designed and created to reflect what Capital Current wanted to impart to its audience.

“One of the challenges was to take two very well-established publications with unique histories and personalities and put them together into something new, something fresh” – Roger Martin, senior web producer

Capital Current went live on Oct. 2, 2018. Within two short months, it had established itself on the local news scene. 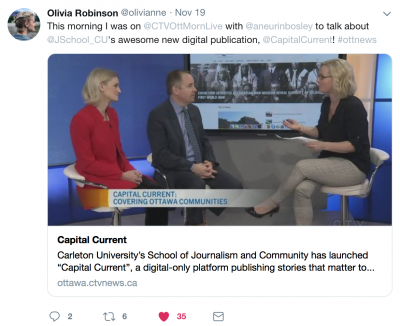 Both Jerry Tomberlin, Carleton University’s Interim Provost and Vice President (Academic), and André Plourde, the dean of the Faculty of Public Affairs, emphasized the crucial role played by the journalism program, as well as the potential impact of its new publication. 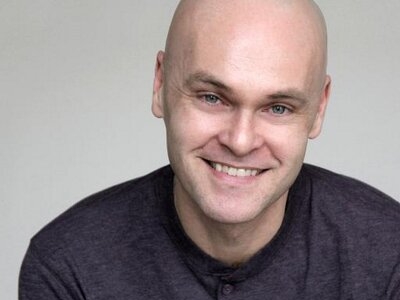 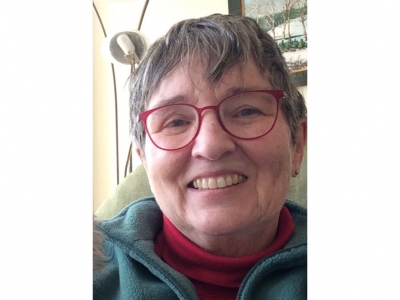 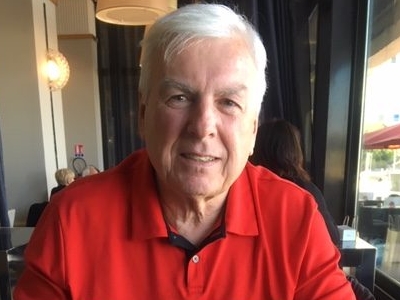 Alumni Memory: Joe Fox, BJ ’71 Anything for a story!   For some reason I ended up news editor of the Carleton radio station for a while in 1971. At that time CKCU was limited... More 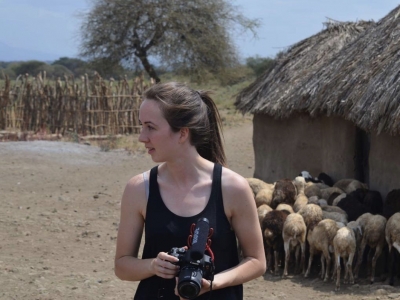