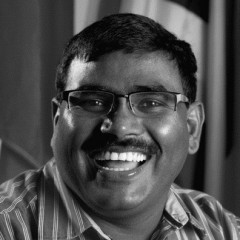 Associate History Professor Chinnaiah Jangam has written an opinion piece for The Wire. While a short excerpt is included below, you can read the full article, “From Communalism to Privatisation, P.V. Narasimha Rao Was New India’s Architect-in-Chief,” online.

All over the world, there is an uproar against the monuments erected to people whose legacies were exploitation, colonialism, and injustice. Black Lives Matter has forced privileged white society to reexamine the historical suffering of racialised minorities. Confederate monuments in the US have been removed from state buildings and public spaces. Colonial adventurers and slave traders’ statues are falling in the UK. Even M.K. Gandhi is under new scrutiny for atavistic ideas.

In India, new memorials are built for leaders without attention to their corrosive legacies. This has a lot to do with their caste privilege: Caste Hindus do not even admit that caste exploitation exists, and do not feel guilty about their inherited privileges. This moral emptiness and lack of empathy are part of caste logic. Thus, caste society unabashedly erect monuments for men whose legacies were growing social violence and economic inequity.

The year 2021 will be the 100th birth anniversary of P.V. Narasimha Rao (or PV, as he was widely known), the former prime minister of India. Already the mainstream media in English and Telugu is producing new eulogies, and the Telangana state government is preparing grand celebrations for the state’s unsung bidda (son).