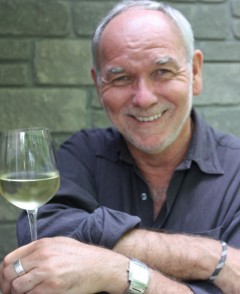 Professor Rod Phillips presented a paper in a virtual conference that was initially planned to be held in New Zealand in early July.  Titled “France and Beyond: The Global World of the Ngāti Wīwī (the French),” this was a joint conference of the Society for French Historical Studies (US) and the George Rudé Seminar on French History (Australia/NZ). The COVID-19 pandemic led the organizers to adopt the on-line format, and papers were recorded during June.

Rod gave a paper on violent offenders before the courts of the French Revolution in a session titled “Revolutionary Justice: Radicalization, Ambivalence, Revision.”  Using research he carried out in Montauban (south-west France) and Dijon (eastern France), Rod explored the responses of judges to different categories of violence: family violence; neighborhood violence; violence in taverns , markets, and the street; and violence against public officials.

He was also the guest commentator on a session devoted to interpretations of the French Revolution.

The conference will be released on the H-France web site over several weeks, and the first week can be viewed here: https://h-france.net/h-france-salon-volume-12-2020/issue-8-week-1/