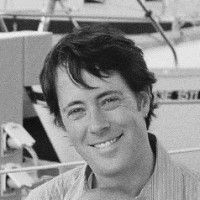 My current research examines the crisis that afflicted the North Atlantic world’s industrial-imperial societies at the beginning of the 20th century. The project began as a study of American progressive liberal internationalism before the First World War but has expanded into a comprehensive history of the diplomatic, economic, social, intellectual, and transnational filaments that crossed the North Atlantic in the generation before and during the war. It aims to understand how different nation-states responded to the internal fissures induced by the rise of industrial labour, women’s activism, and new voices of colonial/imperial resistance—in short, calls for an expansion of the concept of humanity, self-determination, and human rights that destabilized the existing social order. The responses of these imperial states pointed, ultimately, toward the catastrophic war of 1914, but also past it, toward a world of liberal-capitalist governance through new institutional networks. In the short term, I am writing a history of the 1919 Zurich Congress of the Women’s International League for Peace and Freedom as a way of understanding how anti-national, dissenting organizations reassembled after the war and advanced a more radical critique of the intersection of national polities and international relations. The Zurich Congress articulated the idea that domestic human rights—sexual, economic, racial—were the only legitimate bases for a new international order. In this claim, they developed (often) uneasy ties with socialist and colonial agents as well. But the argument that, collectively, these groups advanced a new ontology of international relations rooted more explicitly in concepts of human equality can be traced in part to this struggle against war.

In a general sense, I have mostly been a historian of modern U.S. foreign relations, although the label itself is limiting. Having studied and written on NATO nuclear strategy in the 1950s, I belatedly came to the conclusion that much of what I had been doing as an international historian was barely scraping the surface. Understanding how states act on behalf of their nominal people involves, at the very least, an understanding of how such peoples are constituted historically as an identity, and how that sense of identity is postulated against a world of other identities. I was interested in George Herbert Mead’s microsociological studies of the self and am thus inclined toward a broadly social understanding of nation-state interaction, which involves trying to look at the evolution of those agents who represent the state and those—capital, religion, culture, ideas—that often transcend it. All of this is to say, that I am deeply interested not only in history, but in the history of international relations theory, as well social and cultural theory, gender, race, imperialism, post-colonialism, the history and practice of Pragmatism, among others. I have also taught, from time to time, U.S. cultural and environmental history.

Humanitarian intervention, human rights, power, and ideologies of “the human”

Transnational history of the social sciences

Review of Tony Smith’s Why Wilson matters? The origin of American liberal internationalism and its crisis today (Princeton University Press, 2017) in Passport: The Society for Historians of American Foreign Relations Review (April 2018)

“’Despite Wars, Scholars Remain the Great Workers of the International’: American Sociologists and French Sociology During the First World War,” The Academic World in the Era of the Great War, ed. by Marie-Eve Chagnon and Tomas Irish (Palgrave Macmillan, 2017)

Review of Andrew Johnstone, Against immediate evil: American internationalists and the four freedoms on the eve of World War II (Ithaca: Cornell University Press, 2014) in The Canadian Journal of History 51, 3 (2016): 637–639.

“The Historiography of American Intervention in the First World War,” Passport: The Society for Historians of American Foreign Relations Review, 45, 1 (April 2014): 22-29.

“‘There must be two Americas’: Obama’s AfPak War and the Pathologies of Global Disorder,” in “‘We are going to stay long enough to set up their own institutions’: Obama and the ‘AfPak’ Question,” roundtable forum with Scott Lucas, Artemy Kalinovsky, Giles Scott-Smith, and Marilyn Young, in NeoAmericanist 4, 2 (summer 2009).

“’A functioning organism with its own voice’: the Temporary Council Committee and the strategic origins of an Atlantic Community, 1951-1952,” in Valérie Aubourg, Gérard Bossuat and Giles Scott-Smith, eds., Communauté européene, communauté atlantique? (Paris: Soleb, 2008)

Jenaer Gespräche: “The US in the Cold War at home and abroad,” Discussant on a panel titled, “Make Love Not War: U.S.-American Peace Efforts in the 1960s,” Friedrich-Schiller-Universität Jena, July 1-2, 2022.

“Another Marshall Plan? Myths and Truths 75 Years Later.” Participant in a panel (with Jessica Genoa-Hecht, Sergey Lagodinsky and Petra Pinzler) sponsored by the U.S. Embassy Berlin, the Cluster of Excellence SCRIPTS, and the Humboldt Lab of the Humboldt-Universität zu Berlin, Humboldt Forum, Berlin, June 10, 2022

“Building Internationalist Norms in the 1920s: The Summer Schools of the Women’s International League for Peace and Freedom,” for a panel entitled Liberal Internationalism as Practice: Conflicting Norms and Moralities in Constructing a New International Order in the 1920s, Society for Historians of American Foreign Relations (SHAFR) Annual Meeting, June 18-20, 2020, New Orleans, LA, USA (* The conference was cancelled, but still …)

“The theory and practice of gender in international history: what transnational feminists have taught me,” at The Berkshire Conference on the History of Women, University of Toronto, Toronto, May 25, 2014.

“Henri Bergson and the ontology of diplomacy,” for a panel entitled Ideas in Transit: Intellectual Exchanges as Foreign Relations at the Turn to the Twentieth Century, at the Society for Historians of American Foreign Relations (SHAFR) Annual Meeting, Lexington, Kentucky, 20 June 2014.

“American sociologists and international sociology during the First World War,” The Academic World in the Era of the Great War, Trinity College Dublin, Ireland, organised by the Centre for War Studies at Trinity College and the Centre canadien des études allemandes et européennes at the Université de Montréal, August 14-16, 2014.

James Gravelle (MRE), “Social Media and the Internet as a Tool of Nationalism: the Ukrainian Case” (2020)

Dany Guay-Belanger (MA) (with S. Graham), “Deadplay: A Methodology for the Preservation and Study of Videogames as Cultural Heritage Artifacts” (2018)

William Teal (MA) (co-supervised with Alek Bennett), “’Cure is a matter of mind as well as body’: Disabled Veterans And The Development Of International And Humanitarian Rehabilitation Activism.” (2017)

Evan Sidebottom (MA), “The Man Who Could Go Either Way: The Many Faces of Cowboy Masculinity in 1950s American Film and Advertising.” (2016)

Williamsburg: revision, trauma, controversy and the Department of African American Interpretation and Presentation, 1979-1994.” (2009).

Melissa Horne (co-supervision with Pamela Walker as principal supervisor) (MA thesis), “The development of the concept of ‘race’ in the formative African American academies of the South from 1880-1930.” (2008).