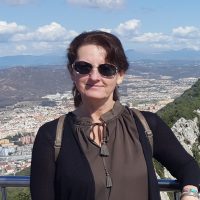 Anna Adamek is the Director of the Curatorial Division at Ingenium – Canada’s Museums of Science and Innovation. As both a historian of technology and a public historian, she believes in the importance of always putting her audience first. Anna specializes in the history of natural resources, with a focus on the history of mining in Canada, the process of electrification of the country, industrial technologies, and the material culture of technology. Over her 28-year career with Ingenium, she curated a number of exhibitions. Anna was a founding member of the International Federation for Public History, and also served as its interim Chair. She sat on the Board of Directors for both the National Council on Public History and the Canadian Science and Technology Historical Association. Anna earned an MA in History from the University of Ottawa. Before coming to Canada in 1990, she studied literature with a specialization in Romanticism at the Jagiellonian University in Krakow, Poland.