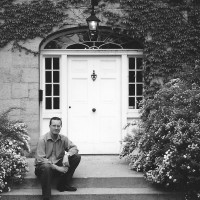 Bruce Elliott is a specialist in 18th and 19th century social and immigration history, in local and community history (both as a discipline and in the specific contexts of eastern Ontario and western Quebec), and in material culture, public history and heritage studies.  He taught courses on Ottawa neighbourhoods, gravestones and cemeteries, and 19th century immigration, amongst other things.  He was the department’s graduate chair for seven years, and was one of the founders of its MA in Public History, in which he remained active as a teacher and supervisor.  Bruce has published on Irish and English immigration to Canada; his Irish Migrants in the Canadas won several awards and remains in print in its second edition.  In 2003 he hosted the first international conference on emigrant letters which resulted in an edited collection of analytical papers, Letters Across Borders: The Epistolary Practices of International Migrants, co-edited with David Gerber and Suzanne Sinke.  His current research is on the North American monument industry, particularly its transition from craft to industry.  He has published articles on the American Civil War headstone program and on gravestones of free persons of colour in Bermuda.

Bruce is active in the local heritage community in an advisory capacity to local government, and is involved with Pinhey’s Point and Fairfields historic sites.  He was the former City of Nepean’s historian from 1986 to 1990 and the author of The City Beyond: A History of Nepean, Birthplace of Canada’s Capital, 1792-1990 (1991).  His publications have received awards from the American Association for State and Local History, Canadian Historical Association, Ontario Historical Society, and Champlain Society, and his activities in heritage have been recognized by awards from the Ontario Heritage Trust, Ontario Genealogical Society, British Isles Family History Society of Greater Ottawa, Institut d’histoire et de recherche sur l’outaouais, and by the award of a Nepean 2000 Millennium Medal.

“Memorializing the Civil War Dead: Modernity and Corruption under the Grant Administration”, Markers 27 (2011), 14-55

“‘Settling Down’: Masculinity and the Rite of Return in a Transnational Community,” in Marjory Harper, ed., Emigrant Homecomings (Manchester: Machester University Press, 2005), 153-83

Dorothy-Jane Smith, “The Ottawa Valley Journal and the Modern Countryside: A City-Country Newspaper and the New Journalism in Eastern Ontario, 1887 to 1925”, PhD thesis (2018)

Dorothy-Jane Smith, “The Community and the Fair: Vankleek Hill, West Hawkesbury Township and the Agricultural Fair, 1900 to 1950”, MA thesis, (2011)

Kathleen Talarico, “Standing Shoulder to Shoulder: the Experience of the Italians who Immigrated to Ottawa in the Postwar Period,” research essay (2008) (with Marilyn J. Barber)