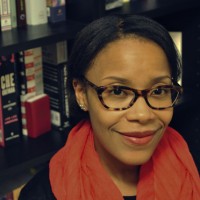 Candace Clare Sobers is a historian of international history and modern international relations, specializing in twentieth century decolonization, movements of national liberation, and the global reach of Third World revolutionary internationalism, with a specific focus on African independence movements and United States (U.S.) foreign policy. Dr. Sobers’ research and teaching are informed by questions of race, geopolitics, revolution, and ideas of order and disorder in the international system. Her work crosses geographic, disciplinary, and thematic boundaries, interrogating not only the material and institutional aspects of globalization, but also the circulation and consequences of radical political ideas. This multilingual, multi-sited approach illuminates important aspects of the past and offers insights into the roots of contemporary societal challenges.

Dr. Sobers has written on foreign policy analysis, intelligence studies, revolutionary theory, and international history. Trained in Canada and the UK, Dr. Sobers has taught courses on the history of U.S. foreign relations, America in the 1960s, and American history since 1607. Her current book in preparation traces the global efforts to support, and to obstruct, Angolan independence from Portugal in the 1970s. Dr. Sobers worked in both international development and film and television production prior to becoming a historian.

“Flicking the Eagle’s Feathers: Cuba, Revolution and the International System”, in Fifty Years of Revolution: Perspectives on Cuba, the United States and the World. Edited by Soraya Castro Mariño and Ronald W. Pruessen. Gainesville, FL: University Press of Florida, 2012