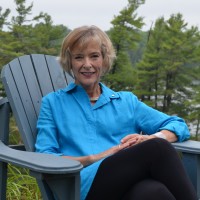 Charlotte Gray is one of Canada’s best-known writers, and author of nine best-selling books of literary non-fiction. Educated at Oxford University and the London School of Economics, she began her writing career in England as a magazine editor and newspaper columnist. After coming to Canada in 1979, she worked as a political commentator, book reviewer and magazine columnist before she turned to biography and popular history.

Gray’s most recent book is The Massey Murder: A Maid, Her Master and The Trial that Shocked a Country. The Massey Murder won the Arthur Ellis Award for the Best Non-fiction Crime Book of 2014-2015, the Canadian Authors Association Lela Common Award for Canadian History, the Toronto Book Award and the Toronto Heritage Book Award, and was shortlisted for the Charles Taylor Award, the Ottawa Award for Non-Fiction and the Evergreen Award. The US Discovery Channel broadcast an adaptation of her 2010 bestseller Gold Diggers, Striking It Rich in the Klondike as a miniseries under the title Klondike in early 2014. In 2008, Gray published a short biography of Canadian women’s rights activist Nellie McClung, for Penguin’s Extraordinary Canadians Series. Her 2006 bestseller, Reluctant Genius: The Passionate Life and Inventive Mind of Alexander Graham Bell, won the Donald Creighton Award for Ontario History and the City of Ottawa Book Award. It was also nominated for the Nereus Writers’ Trust Non-Fiction Prize, the National Business Book Award and the Trillium Award. Toronto’s White Pine Pictures is developing a miniseries Wire Men, based in part on Reluctant Genius. Her previous five books, which include Sisters in the Wilderness, The Lives of Susanna Moodie and Catharine Parr Traill, Flint & Feather, The Life and Times of E. Pauline Johnson and A Museum Called Canada, were all award-winning bestsellers. Her next book, Who Do We Think We Are? 150 Years of Imagining Canada, will be published in the fall of 2016.

In addition to being an Adjunct Research Professor in the Department of History at Carleton University, Gray sits on the boards of the Ottawa International Authors Festival, the Art Canada Institute/Institut de l’Art Canadien, and the Sir Winston Churchill Society of Ottawa. She is former chair of the board of Canada’s National History Society, which publishes the magazine Canada’s History (formerly The Beaver). Gray is a member of the Order of Canada and a Fellow of the Royal Society of Canada. She holds honorary doctorates from Carleton University (2011), York University (2007), Queen’s University (2006), the University of Ottawa (2005) and Mount St. Vincent University (1995). She is the 2003 Recipient of the Pierre Berton Award for distinguished achievement in popularizing Canadian history.