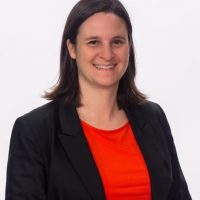 Danielle Kinsey focuses on the history of 19th century Britain and empire, comparative women’s and gender history, and global history. She is particularly interested in studying transnational connections and commodity chains that show the centuries-old development of globalization and how interconnection has been formative in the making of the modern world. Her current book project examines the meaning of diamonds in Britain and Empire across the nineteenth century.  Dr. Kinsey completed her MA at the University of Calgary and her PhD at the University of Illinois at Urbana-Champaign.

Danielle Kinsey is currently the co-editor-in-chief of H-Material Culture. Email the website at: editorial-material-culture@mail.h-net.org.

2015 Nominee for a Capital Educator’s Award

George IV’s Coronation as Festival: Invented Traditions, Material Culture, and the Multisensory Meanings of Diamonds in Britain in 1821“, Journal of Festive Studies, 3:1 (2021), 215-35.

“In Plain Sight: Album-Making and Queer Identity in Mid-Twentieth Century South Africa,” in Diverse Voices in Photographic Albums: “These Are Our Stories” edited by Kris Belden-Adams and Mary Trent, (New York: Routledge, 2022), 115-131.

Erin Gurski, MA Thesis: “From Acceptance to Assimilation: The Changing Role of Travellers in the (Re)Creation of Irish Nationalism, 1920s-1950s,” (2014, co-supervised with Susan B. Whitney)

Diana Kolesnik, MA Thesis Political Economy: “The Reception of The Ladies’ Paradise in 19th-Century England and the Fight Against Sensual Capitalism” (2021)

Lisa Bullock, MA Public History: “‘I Learned it From a Board Game’: Reading Historical Narratives in Expedition: Northwest Passage”, (2022, co-supervised with David Dean)

Prof. Kinsey, along with Jo McCutcheon and Carly Ciufo, is also a founding member of and occasional contributor to the Canadian Historical Association’s Teaching and Learning Blog. Visit it at https://cha-shc.ca/teaching/teachers-blog.