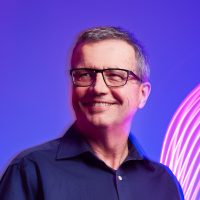 David is project lead of Capital History Kiosks, telling local histories through installations on traffic control boxes throughout the city of Ottawa and an associated website, capitalhistory.ca in partnership with local design firm Chapter One and other community partners including Ottawa’s Workers’ History Museum. The project features over forty installations across the city. From 2008 until 2012 David was Company Historian to Ottawa’s National Art Centre’s English Theatre and is an adjunct professor with the Department of Theatre, University of Ottawa. He is a Life Member of Clare Hall, Cambridge and a Fellow of the Royal Historical Society.

After completing his BA and MA at the University of Auckland and his PhD at Cambridge, David taught at Goldsmiths’ College, University of London for eleven years before coming to Carleton where he has been Full Professor since 2000. One of the founding members of the Department’s MA in Public History, David co-founded the Carleton Centre for Public History, and currently shares the directorship with Dr John Walsh. His current teaching repertoire includes two undergraduate courses HIST 2811 Public History from Memory to Museums and HIST 4101Witchcraft in Early Modern Europe. He also leads a graduate seminar HIST 5707 Narrativity and Performance in Public History.

Some of his articles (on theatre, museums, the Elizabethan lottery) are available on Academia.edu.

David received the Provost’s Fellowship in Teaching in 2016 and in 2015 both the FASS Research Award and the FASS Teaching Award. He was part of the Public History Management team that won the University’s 2016 Building Connections Award

While David is no longer accepting PhD students, he welcomes inquiries about his specific areas of supervision for the MA in History and the MA in Public History.

For more information about his projects, publications, teaching and supervisions please visit his website.