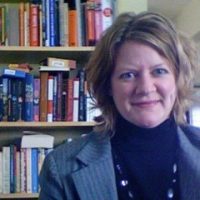 I am a historian of Russia with a particular interest in gender and culture in the Soviet Union during the 20th century. My work examines the gender and cultural impact of military institutions; how masculinities were constructed and maintained across the Soviet century; daily life for population groups such as youth, conscripts, working mothers, athletes, and scientists; sports and leisure in communist states; popular culture in the late Cold War; and how culture(s) worked in tandem with political and economic priorities to produce distinctly Soviet experiences. 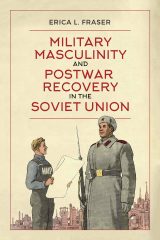 My first book, Military Masculinity and Postwar Recovery in the Soviet Union (University of Toronto Press, 2019), explores the complexities of military masculinity in the Soviet Union after the Second World War. Catastrophic wartime casualties and postwar discomfort with the successes of women who had served in combat roles combined to shatter prewar ideals about what service meant for Soviet masculine identity. The soldier had to be re-imagined and resold to a public that had just emerged from the Second World War and a younger generation suspicious of state control. In doing so, Soviet military culture wrote women out and attempted to re-establish soldiering as the premier form of masculinity in society.

I am currently building on and expanding from my book research into two new projects. The first (drawing on the title of a classic Soviet hockey anthem) is called Real Men Play Hockey: The Invention of Nordic Masculinity in Soviet Sports Culture. It explores the roots of what was called “Canadian-style” hockey, which Soviet leagues adopted after the Second World War to replace an older Russian version of the sport. Drawing on the work of environmental historians, this project treats ice as a historical actor and takes seriously the development of a cultural terrain for Soviet sport that privileged the intersection of Nordic-Slavic and masculinized identities. The second is called Russians on TV: The Slavic Other in North American Popular Culture since 1991. It examines the uses (and misuses) of Russian, Soviet, and post-Soviet historical settings and characters in American and Canadian popular culture, such as the portrayal of a mentally unstable Ukrainian clone on the television series Orphan Black or married Russian spies working in Washington in the 1980s on The Americans.

I am accepting graduate students in Russian and East European gender history, war and culture on the Eastern front, Cold War societies and cultures, and sports history. Students interested in gender and culture in imperial Russia before the 20th century are also encouraged to get in touch with me.

Lorie-Ann Savard, “Women and Combat: The Experiences and Memories of Soviet Women at the Front in World War II.” History MA (MRE), 2022.