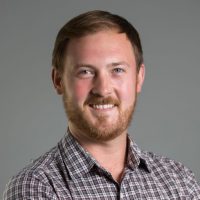 I am an energy historian interested in the past, present, and future of oil. My work seeks to demonstrate how history offers important lessons for navigating our own changing energy landscapes, and my recent publications include studies of energy transitions, oil company advertising, and the anthropomorphosis of fossil fuels into characters like King Coal and Prince Petroleo. I serve as an Adjunct Curator of the History of Energy at the Canada Science and Technology Museum, and am the Executive Director of the Canadian Association for Graduate Studies.

Ian Wereley. 2016. “Extracting the Past from the Present: Exotic Prizes, Empty Wilderness, and Commercial Conquest in Two Oil Company Advertisements, 1925-2012.” Humanities 5, no. 2.

2019-Present
“A History of Oil: Past, Present, and Future”
Learning in Retirement Lecture Series, Carleton University

April 2017        Universities Canada, Ottawa
Promotional Video: “What are you going to do with an arts degree?”