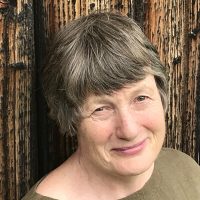 I am an environmental historian working on the history of our relations with the more-than-human world of plants and animals. Most recently, I ran a lecture series, Beastly Histories, and co-edited Animal Metropolis: Histories of Human Animal Relations in Urban Canada (2017). I am currently on sabbatical, writing a book on Ottawa’s urban forest, tentatively titled, The Trouble with Trees: The history of Ottawa’s urban forest, 1800-2000. I curated an exhibit, “Six Moments in the History of an Urban Forest,” at the Bytown Museum in Ottawa in 2012, and have published on the unruliness of city trees; social inequities in the distribution of canopy cover; Marshall McLuhan’s coining of the term “urban forest,” and the use of geospatial analysis of historical aerial photographs to measure physical changes in urban forest.

I have also written about animals, with a series of chapters and blogs on the depiction of horses, calves, and guinea pigs at the Connaught Laboratories in Toronto. (See, for example, Guinea Pig: Mea Culpa.) My doctoral research was in women’s history, published as Religious Experience and the New Woman: The Life of Lily Dougall (2007) and gender analysis continues to inform my teaching and writing. In my contribution to the collection, The Nature of Canada (2019) I point to the contributions made by the pacifist group, Voice of Women, to the first Greenpeace voyage.  I am currently researching gender in Greenpeace’s early antiwhaling protests.

I teach courses in animal history, environmental history, and climate history.  See below for some of the fascinating work done by the undergraduate and graduate students I have been lucky enough to work with at Carleton. 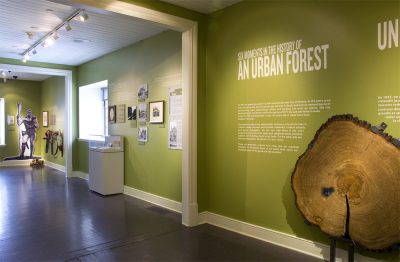 Six Moments in the History of an Urban Forest, on exhibit at the Bytown Museum in 2012. Photo Credit: Bytown Museum.

“A Gendered Sense of Canada,” in The Nature of Canada edited by Colin M. Coates and Graeme Wynn (UBC Press, 2019).

“Animal Matter: The Making of ‘Pure Bovine Vaccine at the Connaught Laboratories and Farm at the Turn of the Century.” In Landscapes of Science. Edited by Tina Adcock. Toronto: Network in Canadian History and Environment, 2019.

“Species at Risk: C. tetani, the horse and the human,” in Animal Metropolis: Histories of Human-Animal Relations in Urban Canada edited by Joanna Dean, Darcy Ingram, and Christabelle Sethna (University of Calgary Press, 2017).

“Horse Power in the Modern City,” with Lucas Wilson in Powering Up: A Social of the Fuels and Energy that Created Modern Canada, edited by Ruth Sandwell (McGill Queens UP, 2016). “The Social Production of a Canadian Urban Forest,” in Environmental and Social Justice in the City: Historical Perspectives, edited by Richard Rodger and Genevieve Massard-Guilbaud (White Horse Press, 2011).

“Seeing Trees, Thinking Forests: Urban Forestry at the University of Toronto in the 1960s,” in Method and Meaning in Canadian Environmental History, edited by Alan MacEachern and William Turkel (Thomson Nelson, 2008).

Cristina Wood, “Songs of the Ottawa,” MA in Public History. Available at www.songsoftheottawa.ca.  Awarded the University Medal for outstanding research.See this article about her fascinating work.

Kathryn Boschmann, “Being Irish on the Prairies: Repertoire, performance and environment in oral history narratives of Winnipeg Irish Canadians,” MA thesis, 2015. (Co-supervisor). For the associated website, go to beingirishontheprairies.ca

Amanda Sauerman, “Breeding and Exhibition of the Canine Body in Canada” M.A. thesis,  2011.

Chris Miller, “Church, China and the Canadian State: The United Church’s campaign for the recognition of the People’s Republic of China,” M.A. research essay, 2008. (co-supervisor)

Victoria Hawkins, “Made in Canada  Wonderbra:  The Bras and the Advertising of Montreal’s Canadelle Inc., 1955-1975,” Honours Research Essay, April, 2015. (History)