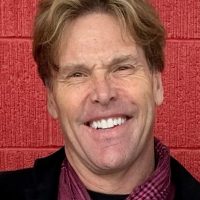 Matthew J. Bellamy is a professor of history at Carleton University where he has been the recipient of a number of teaching and book awards. He specializes in Canadian business, political and cultural history. In 2005 Maclean’s magazine named him as one of Carleton’s most popular professors. In 2007, he was the recipient of the Capital Educators’ Award. And in 2009 he was a finalist in TVO’s “best lecturer” competition. He is the author of Profiting the Crown: Canada’s Polymer Corporation, 1942-1990, for which he received the 2006 National Business Book Award. The $30,000 award is widely considered one of Canada’s most prestigious English-language book awards. His latest research has taken him into the realm of brewing history. His work has been recently published in The Walrus, The Globe and Mail, Literary Review of Canada, Canada’s History Magazine, Legion Magazine, the CHR and the international journals of Business History and Enterprise and Society. His book Brewed in the North: A History of Labatt’s was recently published by McGill-Queen’s University Press and received honourable mention from the Canadian Historical Association for being the best book in business history in 2021.

Brewed in the North: A History of Labatt’s (Montreal and Kingston, McGill-Queen’s University Press, 2019)

“‘To Ensure the Continued Life of the Industry:’ The Public Relations Campaign of the Ontario Brewers during WWII,” Histoire sociale/Social History (November 2015): 403-423.

“I was Canadian: The globalization of the Canadian brewing industry,” in Andrew Smith and Dimitry Anastakis (eds.) Smart globalization: The Canadian business and economic history experience  (Toronto, University of Toronto Press, March 2014)

(ed.) Canada and the Cost of World War II: The International Operations of Canada’s Department of Finance, 1939-1947 by R.B. Bryce (Montreal and Kingston, McGill-Queen’s University Press, 2005)