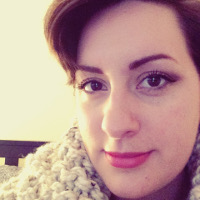 Description of research: My dissertation, entitled “Holocaust Memory and Visuality in the Age of Social Media,” focuses on social media programming in Holocaust museums specific to image-sharing social media platforms such as Instagram, Tumblr and Flickr. I am particularly interested in the ways in which official and museological Holocaust narratives are communicated through these mediums, and the ways in which digital platforms can constitute spaces for memory-making and dissemination. As well, I am investigating the ways in which visitors seek to engage in this process by taking photographs of these spaces and sharing them in online forums;