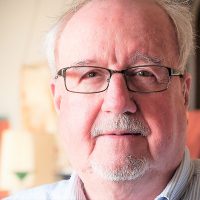 A career foreign service officer, Mike Molloy has 35 years of experience in international and refugee affairs and served in Japan, Lebanon, Minnesota, Geneva, Jordan (twice), Syria and Kenya. In 1972 he helped bring 6000 Ugandan Asians to Canada. He led the implementation of the refugee provisions of the 1976 Immigration Act including the refugee sponsorship program, the designated classes, the WUSC student refugee program and the annual refugee planning process. Between 1979 and 1980 he coordinated the resettlement of 60,000 Indochinese refugees. He served as Counsellor for Humanitarian Affairs at the Canadian Mission in Geneva and managed immigration operations in Jordan, Syria and East Africa. Following Director General level assignments in Ottawa and Toronto he was appointed Ambassador to Jordan (1996-2000) and was Special Coordinator for the Middle East Peace Process (2000 to 2003). He is president of the Canadian Immigration Historical Society and an honorary Senior Fellow at the Graduate School of Public and International Affairs at the University of Ottawa. Since retirement in 2003 he co-directed the decade long Jerusalem Old City Initiative at the Munk Center and the University of Windsor. As a Senior Fellow at the University of Ottawa he taught courses on the Middle East Peace Process and the evolution of Canada’s refugee resettlement policies and programs. As President of the Canadian Immigration Historical Society he initiated the establishment of the Uganda Asian online archive at Carleton University’s library/archives and is currently involved with Hearts of Freedom, a project to collect and analyse oral histories of Indochinese refugees at Carleton’s Social Work faculty.

Proposals for the Old City of Jerusalem with Michael Bell, John Bell and Dr. Tom Najem. Department of Political Science, University of Windsor, 2010.

“Forgotten Refugees: the 1956 Palestinian Refugee Movement to Canada.” Bulletin of the Canadian Immigration Historical Society #56, September 2009 and #58, May 2010.

Refuge, Canada’s Journal on Refugees “The Indochinese Refugee Movement and the Launch of Canada’s Private Sponsorship Program” Vol. 32, no.2, 2016