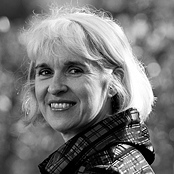 I am an historian of Modern Europe and Britain and women’s and gender history, with interests in the history of race, the history of religion and African American history.

I often teach with Reacting to the Past, an active learning pedagogy of role-playing games. In Reacting to the Past games, students are assigned character roles with specific goals and must communicate, collaborate, and compete effectively to advance their objectives. Reacting promotes engagement with big ideas and it is seriously fun.

A video about these games:

In 2019, my colleague Martha Attridge Bufton and I won the Brilliancy Award for our teaching with Reacting.

I am now writing a Reacting game about British women who fought for the vote and organized hunger strikes when they were jailed, refused to pay taxes until they could vote, and petitioned Parliament. Their campaign allows us to ask what is equality for women, should campaigns for justice use militant tactics, and how are divisions among women part of women’s activism?

I am also at work on a project called “Missions to the Metropolis” that asks what does “British race” mean in the later nineteenth century. It examines race, Protestantism and gender in three British mission projects from 1870-1914. British Protestants were deeply engaged with colonial missionary work in the late nineteenth century. During these decades, Jewish immigrants to Britain posed new challenges to the idea of the Protestant nation. Many British women were dedicated to converting these newcomers. Transatlantic religious movements, encouraged by innovations in steamship travel and telegraph cables and long-standing missionary zeal, aimed to introduce new religious ideas and practices to Britons from the United States. This complex interplay of evangelical and missionary activities with different origins and targets but all at work in Britain allows a reconsideration of how Protestantism, an anchor of national identity, was remade and how that sheds light on British ideas of a gendered racial identity.

From 2007 to 2012, I was the Director of the Centre for Initiatives in Education (CIE) at Carleton University. The CIE provides a variety of programs to support non-traditional students entering BA studies. From 2011 to 2014 I was Joint Chair in Women’s Studies/Chaire Conjointe en Etudes des Femmes, a research and teaching position held jointly by Carleton University and University of Ottawa.

The Brilliancy Prize, The Reacting to the Past Consortium, 2019

Pulling the Devil’s Kingdom Down: The Salvation Army in Victorian Britain (Berkeley: The University of California Press, 2001)

Kirsten Leng (2005) “Eine Politikerin von Top to Bottom: Rethinking the Life and Legacy of Eleanor Marx” (Political Economy)
PhD in History and Women’s Studies from the University of Michigan Ann Arbor 2011.
ACLS New Faculty Fellow at Columbia University with the Institute for Research on Women, Gender, and Sexuality 2013-2014.
Current Position: Assistant Professor in the Department of Women, Gender, Sexuality Studies at the University of Massachusetts Amherst, 2015- present

Brittony Chartier (2012) “Reversing the Gaze: Wasu, the Keys, and The Black Man on Europe and Western Civilization in the Interwar Years, 1933-1937”, co-supervision with Prof. A. Bennett

Jill Thayer (2013) “What has happened to the Neighbourhood: Gentrification in Mechanicsville and Hintonberg, Theories and Approaches”, Women’s and Gender Studies, co-supervision with Prof. F. Klodawsky.