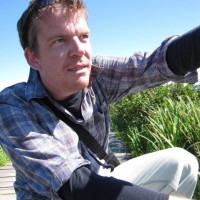 Consulted on the temporary exhibit Pirates, Privateers and Freebooters (2008), as well as the permanent exhibit Pirates or Privateers? (2013) – both located at the Montreal Museum of Archaeology and History, Pointe-a-Calliere. I offered the keynote speech for the 2008 exhibit to the Museum’s philanthropic society. I also recently consulted on Ubisoft’s game Assassin’s Creed IV: Black Flag (2012), offering a full-day workshop on piracy to a group of game designers.

My doctoral research explores best practices for the creation of “born-digital” applications for the research, teaching, and learning of early-modern history and how such platforms might cultivate historical consciousness. To do so, I am focussed on researching and re-presenting the histories of so-called “private violence” in the North Atlantic and Caribbean Sea, featuring instances of privateering, piracy, wrecking and scalping from the seventeenth to the nineteenth century. The goal is to create an “extensible, open-source software” platform—preferably in the shape of a web application—to serve the twin roles of research hub and listening post.

While my project addresses some conventional historical concerns, it does so in a collaborative way, allowing users to create and contribute unique interpretations and alternative ways of seeing. For example, an elementary school student might learn and comment on anectdotal facts about specific pirates, while an academic could investigate primary and secondary sources related to privateering in Nova Scotia. By empowering audiences to work, play, and share, this platform will apply theories of “differential space,” already adapted in many museums and libraries, to the architecture of virtual spaces.