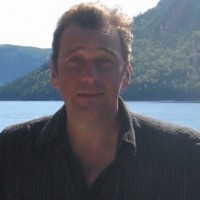 The Influence and Role of NGOs in Global Governance: From Grassroots to Global, Annual Graduate Student Conference, American Graduate School in Paris, France, April 2015 “Earning the Right to be Heard: Christian Evangelicals and Overseas Aid and Development, 1974-1986”

The legacies of colonialism and development aid in the 1970s, 3rd Graduate Conference on Contemporary History, University of Trento, Italy, May 2013, “Oxfam in Canada, the Cold War and the Role of Religious Traditions, 1970-1980”

The Im Conference of Korean Christianity, University of California Los Angeles, April 2009 “From the Sidelines of Empire: Canada’s Protestant Mission to Korea 1898-1938”

I am currently working on an article for Refuge: Canada’s Journal on Refugees on the power and influence of NGO’s in the global refugee regime.

My main area of interest is transnational humanitarian history. My dissertation, Canadian Christian Missionary Influences on Secular Non-Governmental Agencies, 1945-1990 addresses the influences and connections between Canadian Faith Based Organizations and humanitarian NGOs in the context of the Cold War. The research intersects with refugees, forced migration and the role of NGOs in global regimes / global politics through specific examples in East Asia, East / West Africa and Latin America.