“Hybrid Threats and Hybrid Truth: Towards a Criminology of Dark Disorder” 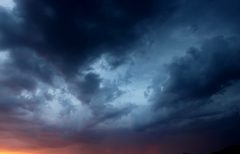 Abstract:
Amongst governments, there is a growing interest in hybrid threats, defined as the coordinated “combining of conventional and unconventional, military and non-military activities by state or non-state actors to achieve specific political objectives.” Adopted from military discourse (hybrid war), a hybrid threat discourse pushes civil society issues including public order, crime control and civic participation under a military/national security template. A hybrid threat is a continuum from asymmetric hybrid war to false news and disinformation; it may be used to spawn social media movements that influence public policy or corrupt elections and overthrow regimes. To counter this emerging problem, dedicated agencies have been created. One of these is the European Centre for Countering Hybrid Threats (HybridCoE). In the European union the strategic analysis and documents of the (HybridCoE) hybrid threats are presented as non-controversial fact. In this paper I explore security ordering through hybrid threat representations based primarily on a critical political reading of the reports, strategic analysis and working papers of the HybridCoE. In this, I am concerned with what I refer to as dark disorder. I ask the question, are attributions of the strength, vitality, scale, and suitability of targets made by agents under the auspices of hybrid threat centres designations that as much discover as project dark disorder? That is to say, is their currency also hybrid truth or psyops, and if so do they transpose security and insecurity, targets and victims, politics and crime, truth and lie? I argue that a more nuanced understanding of hybrid threat may be found by situating analysis within a critical societal security discourse. 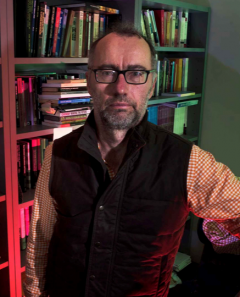 Bio:
Willem de Lint is Professor in Criminal Justice at Flinders University, South Australia, Australia. He is the author most recently of Narrating Injustice Survival (2018, Palgrave). His current book projects are Dark Militarism (Routledge 2019) and Apex Crime and Critical Forensics (Springer 2020). In addition to victimology and military and security studies and critical criminology, he has researched and published in several areas of policing (public order policing, intelligence-led policing, police role).