The Department of Law and Legal Studies is very happy to announce that the next JurisTalk guest speaker will be Dr. Genevieve R. Painter of Concordia University’s Simone de Beauvoir Institute. 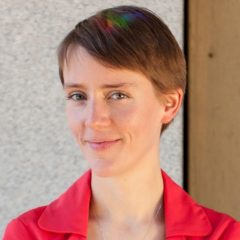 The title of Dr. Painter’s presentation is “Budgeting for the Reproduction of Colonialism: A History of Sex Discrimination in Canada’s Indian Act, 1975-1985”.

Under federal law, if a man holding Indian status married a non-Indian woman, his wife gained status and their children were status Indians, whereas if an Indian woman married a non-Indian man, neither she nor her children were entitled to status. Amendments to the Indian Act in 1985 continued to give an advantage to those who traced Indian status along the male line. In overturning the Indian Act’s rules on status in landmark judgments in McIvor (2009, BC) and Descheneaux (2015, QC), the courts relied on a history widely accepted, before and since, according to which Indian Act amendments were the product of a valiant legislative effort to reconcile an inherent conflict between individual rights to gender equality and collective rights to Indigenous self-governance. But, as this paper shows through analysis of newly declassified documents, any opposition between these two principles is manufactured, rather than intrinsic. Contrary to the story of infighting among Indigenous people about an intrinsic rights conflict, the consistent driver of Indian Act reforms has been the federal government’s refusal to recognize inherent Indigenous sovereignty and its desire to limit spending on status Indians, in service of a project to construct and preserve Canadian sovereignty.