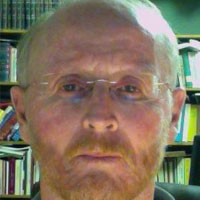 Professor Davidson was a Visiting Fellow at the Faculty of Law, National University of Singapore, in 1982-83, where he taught commercial law and international business transactions; and a Research Fellow in Canada-Southeast Asia Relations, at the Institute of Southeast Asian Studies, Singapore, in 1992-93. He has presented papers at a number of international conferences in Asia and elsewhere, and has lectured on various aspects of Canadian Law and international economic law in several countries, including Taiwan and the PRC.

“China and the Dispute Settlement System of the WTO”, Taiwanese Journal of WTO Studies XII, 2009, pp.1-40.

“The Role of Soft Law in the Governance of International Economic Relations in Asia”, (2006) Volume 24 of the Chinese (Taiwan) Yearbook of International Law and Affairs, pp.1-18 (published in January 2009).

“International Law and the Role of APEC in the Governance of Economic Cooperation within the Asia Pacific region”, (2008) Vol.13, No.24 Cuadernos de Difusion, pp.47-57 (the publishing arm of the Peruvian network of APEC Study Centres).

The Legal Framework for International Economic Relations: ASEAN and Canada, Singapore: the Institute of Southeast Asian Studies, 1997, pp.xii, 200. This is the result of research done while at ISEAS in Singapore from 1992-1993.

“Institutional requirements of ASEAN with special reference to AFTA – Commentary”, in Pearl Imada and Seiji Naya, eds., AFTA The Way Ahead, Singapore: the Institute of Southeast Asian Studies, 1992, pp.139-142.

Professor Davidson is also the editor of Trading Arrangements in the Pacific Rim. This is a loose-leaf publication, which contains comments and documentation on trading arrangements of various organizations involved in structuring economic relations in the Pacific Rim. This started as a two-volume set in 1995, and has evolved into a five-volume set, which is currently published by Thomson Reuters.