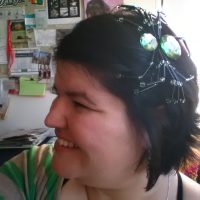 My area of interest is that of historical board games and their role in performing history as an experience of recreation, as an act of knowledge transfer, and as a method of preserving historical truths. My research will investigate the game Expedition: Northwest Passage and the legacy of its inspiration, the lost Franklin arctic expedition, particularly in context to the recent discovery of the HMS Erebus and the HMS Terror. The board game became available in 2013 and its play mimics that of the assumed voyage where weather, ice conditions, and the possible loss of crew affect whether you even complete the game play, let alone be victorious. By examining the voyage in the new context of the ships’ discovery, I will explore the challenges and insights that fixed gameplay brings to a historical event that has been updated in a significant way. I expect to answer the questions of what a board game says about how we choose to remember history within a leisurely setting and whether it is a hindrance or benefit to the act of telling the historical story.

I hope to also use the case study of the Franklin Expedition to investigate the event as one within Canadian history, not merely British history, and to examine the impact and influence a greater understanding of indigenous oral history had/would have had in discovering the ships sooner and the outcome of the voyage in general.