HIST 2506A: Introduction to Women’s and Gender History 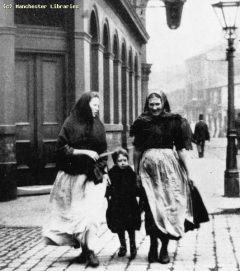 Well-behaved women seldom make history, wrote Harvard historian Laurel Thatcher Ulrich in 1976. At the time, she was writing about ordinary women who lived quiet lives in rural New England in the 17th century.  It has since become a feminist slogan, reprinted on mugs, t-shirts, and postcards.

But let’s consider that phrase – why is it that well-behaved women seldom make history? Do people “make” history, or is it something we, in our own time and place, write?  To what extent does history, and the place of women in history, depend on the values of those reading and writing about the past?

In this course, we’ll revisit the history of major events and eras: the Reformation, the transatlantic slave trade, the French Revolution, the Industrial revolution.  But we will consider the lives of women – women who married, had children, worked in factories or on farms and whose lives were disrupted by revolutions, wars and social change that they helped to create. We will look at enslaved women whose choices were restricted but still we can examine how they resisted and created meaningful lives. We will look at the women who owned enslaved women – how does understanding the profound differences among women reshape our understanding of history?  And what of the “ill-behaved” women – the women who loved and had sex with women, who were British sex-workers who rebelled against the laws that restricted their lives, and the women who took to the streets to demand the vote, who escaped slavery, who resisted the Shoah, and who participated in riots and revolutions? 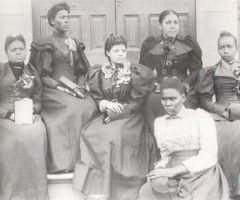 This course will offer a broad perspective on how women and men have negotiated their gendered subjectivity from the early modern period to the twentieth century. We will consider how gender has been constructed and deployed in relation to other categories including class, race, and sexuality.  The course will primarily focus on Europe and North America with attention to a wider, transnational perspective. Themes will include: industrialization; the transatlantic slave trade and women’s work; gender and race in the context of European colonialism and empire; women and religious change; the struggle for political representation in transnational contexts; the roles of women in war; and feminist organizing in comparative perspective.

Class will meet twice weekly for one and a half hours and will include lecture, in-class group work, short writing assignments, discussions of assigned readings and a more substantial research essay. Readings will include scholarly articles, book chapters, and primary sources that will be made available on Brightspace.