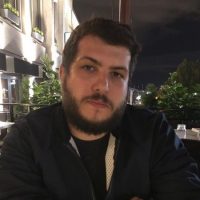 Keep up to date with Marcus.

My dissertation research focuses on a critical examination of the idea of “rape culture” and how this concept seeps into, or is rejected, in political, legal, and social imaginaries.  More specifically, I am interested in the ways legal reform to Canadian sexual violence laws in the late 1970s framed discussions of rape and sexual violence and how these compare to contemporary political and legal interventions attempt to address sexual violence. I am currently conducting archival research which explores how changes in legal language and political framings of sexual violence—namely removing the term rape from the Criminal Code (circa 1978-1983)—informs contemporary debates around sexual violence which are centred around the political and legal limitations of sexual identity politics—namely the affective dimensions of organizing around and contesting the idea that we live in a “rape culture.”

My research also centres on the relationship between affect, risk, and criminalization within a framework of gendered-based violence. I have published in the areas of risk and governmentality in relation to sex work and am currently part of an ongoing SSHRC funded research project aimed at exploring how photographic evidence is collected, curated, and presented in domestic violence trials. In 2015 I was a research assistant on a study related to campus based sexual violence funded by the Ontario Ministry of Community Safety and Correctional Services and my research involvement in these fields are ongoing.

Sibley, Marcus A. (2018) Owning Risk: Sex Worker Subjectivities and the Reimagining of Vulnerability and Victimhood, The British Journal of Criminology, azy010, https://doi.org/10.1093/bjc/azy010