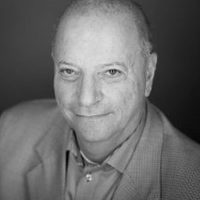 Bruce Firestone is best known as an entrepreneur and founder of the NHL’s Ottawa Senators and the Ottawa Senators Foundation, a children’s charity. Though on top of that, Bruce is also an author, professor, coach, consultant, real estate developer and broker, and urban guru.

While teaching at Carleton University, Bruce received a Capital Educators’ Award in 2002. Later, in 2006, Bruce joined University of Ottawa’s Telfer School of Management as its first Entrepreneur-in-Residence and later taught within the school’s Faculty of Engineering.

With an extensive educational history, he has studied and taught at nine renowned universities around the world, including McGill University, Harvard University, University of New South Wales and Australian National University. With this comprehensive and exceptional pedagogical record, he continues to expand his expertise in subjects including real estate development, architecture, engineering and urban planning to name a few.

Passionate about live-work-play-learn communities, Bruce is also an advisor to several counties, towns and economic development agencies where his ethic is grounded in the principal that nothing is sustainable unless it is also economically sustainable.