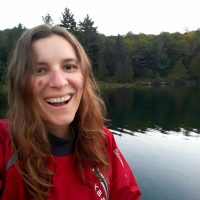 Kennedy, Helen. “Fearsome Limbo: The Media’s Characterization of Psychological Trauma During the Conflict in Kosovo, 1998-1999.” M.A Thesis, University of Victoria, 2013.

“On the Periphery: Conceptualizations of Women During the Siege of Sarajevo in the American Press, 1992-1995.” Designing the Self, York University Humanities Graduate Conference (virtual), July 2020.

“Médecins Sans Frontières and the Red Cross in the News: A Case Study of Medical Practice in a Conflict Zone.” Canadian Society for the History of Medicine Annual Conference at Congress, Fredericton. June 2011.

My research explores the international discourse surrounding the Bosnian War and how the resultant frameworks for intervention affected the relationship between UN peacekeeping and international aid organizations. Central to my project are questions of how actors in a conflict are defined by interventionists and how international security priorities impact the evolution of our understanding of conflict.