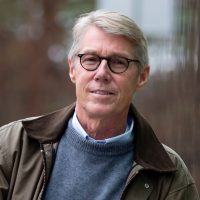 Dr. Pychyl has retired from his position effective July 1, 2022.

Dr. Pychyl’s research in psychology is focused on the breakdown in volitional action commonly known as procrastination and its relation to personal well-being (recent publications are provided below). You can learn about his research at procrastination.ca.

The winner of numerous teaching awards including the 3M National Teaching Fellowship, Ontario Confederation of University Faculty Associations Teaching Award, Graduate Mentoring Award and the inaugural recipient of the University Medal for Distinguished Teaching, Dr. Pychyl has taught a doctoral-seminar on university teaching in the department and is regularly invited to speak about teaching at campuses across Canada.

Solving the Procrastination Puzzle: A Concise Guide to Strategies for Change (Tarcher/Penguin, 2013).

Flett, A., Haghbin, M., & Pychyl, T.A. (2016). Procrastination and depression from a cognitive perspective: An exploration of the associations among procrastinatory automatic thoughts, rumination, and mindfulness. Journal of Rational-Emotive and Cognitive-Behavioural Therapy, 1-18 DOI 10.1007/s10942-016-0235-1