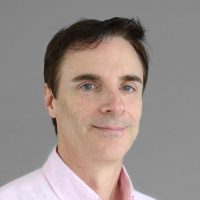 With respect to software testing, he specializes in model-based testing of object oriented software. Looking for an alternative to the standard state machine testing approach, Dr. Corriveau’s research turns to scenario-based testing. He is also interested in Big Data Analytics, especially for health informatics.

In particular, he aims at preserving as much and as precise geographic information as possible in datasets, while minimizing security issues such as the risks of re-identification.

Dr. Corriveau received his Master’s in Computer Science from University of Ottawa in 1984. During that time, he also worked at Nortel developing an industrial code generator. In 1986, after starting his Ph.D. at University of Toronto, he returned to Nortel becoming a founding member of the TELOS project. This tool spawn off as the ObjecTime start-up in early 1991 and eventually evolved into ROSE Real-Time, and now IBM Rational Software Architect RealTime Edition. Dr. Corriveau completed his Ph.D. in Natural Language Processing in 1991 and soon after joined the School of Computer Science at Carleton.