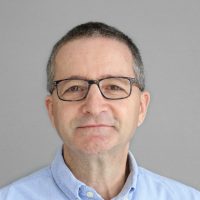 Dr. Barbeau’s research specializes in non classical wireless networks. His current research has involved developing an acoustic network for underwater communication to aid in water based surveillance in areas ranging from coastal navigation to environmental monitoring. Working alongside a team of undergraduate, master’s and doctoral students, Dr. Barbeau is testing ways to use mechanical vibrations to send encoded messages between underwater nodes. His team has worked to find ways to deal with challenges like multipath propagation of underwater acoustic waves – when signals are received by more than one path – influenced by reflection at sea surface and seabed, and refraction due to factors like water temperature, depth and surface waves, among other. His team tested their prototype in Ottawa’s Rideau Canal.