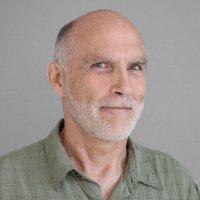 Dr. White’s research centres around the study of complex adaptive systems; specifically, influence measurement in social networks and the role it plays in the control of agent-based societies. His work investigates influencers in social networks and searches for ways to use swarm intelligence techniques for control in such networked environments and in adaptive information systems. His past work also includes research on trust and reputation systems, referral networks and evolutionary computation.

Dr. White began his studies at Cambridge University, England receiving a Bachelor degree in Theoretical Physics and a Master of Physics degree in 1981. After several years working in industry including several years spent at Nortel, he returned to academia at Carleton University where he received a Master of Computer Science degree in 1993 and a Ph.D. in Electrical Engineering in 2000. Upon completing his Ph.D., he was appointed as an adjunct professor within the Systems and Computer Engineering Department at Carleton University. He joined Carleton’s School of Computer Science in 2001 where he now leads the Complex Adaptive Systems Group.