In 2008, there was a joint study released by Canada and the EU entitled “Assessing the Costs and Benefits of a Closer EU-Canada Economic Partnership”. It concluded that a closer economic partnership would lead to a 0.08% increase in the EU’s Gross Domestic Product (GDP) and 0.77% increase in Canada’s GDP. In May 2009, after the report was finalized, the two parties met in Prague, Czech Republic, to announce a timeline and scope of trade negotiations. 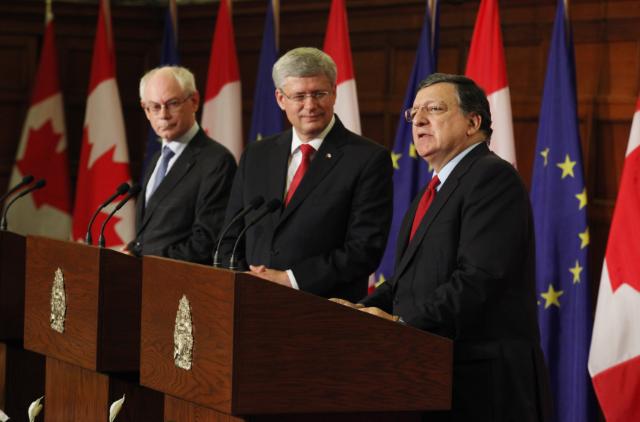 By 2013, Canada and the EU agreed to an agreement in principle after extensive negotiations, especially in the agricultural sector. It was then subject to legal analysis and translated into all 22 of the EU’s official languages. The complete text of the agreement was completed in the summer of 2014. It was officially released in September of 2014 at the Canada-EU summit in Ottawa

The legal review and translation of the agreement was completed in February 2016 and was given to the Council of the EU for its approval. The agreement, now known as CETA, was officially signed during the Canada-EU summit on 30 October 2016.

In February 2017 the European Parliament approved CETA. Later in May Canada’s bill on CETA was granted royal assent. On 21 September 2017 CETA was provisionally applied in Canada and the EU.

However, only about 90% of CETA has been applied. The final agreement is still awaiting ratification in 19 EU member states. All members must ratify the agreement before it can be applied to its full extent. As of September 2018, Latvia, Denmark, Spain, Croatia, the Czech Republic, Portugal, and Lithuania have ratified CETA.

Click HERE to learn more about the ratification process in the EU.