The ECSC provided the first a small but important step towards European integration. By integrating coal and steel under a single authority, the Schuman Plan demonstrated that European integration was feasible. Furthermore, it eased tensions between France and Germany.

The success of the ECSC led to other, more drastic proposals to integrate the original six member states. Because of the Korean War (1950-1953), the United States wanted to re-arm West Germany to give it a greater role in the defence of the continent from Soviet aggression. Many European countries did not want to see the re-establishment of a German army. So in 1952, shortly after the treaty on the ECSC was completed, another plan was advanced to create an integrated European Army. The European Defence Community (EDC) was supported by all of the member states except France. The French government vetoed the EDC in 1954. The goal of a single European Army was defeated and it seemed that European integration would begin and end with coal and steel. However, in 1955 Belgian Foreign Minister Paul-Henri Spaak advanced a new proposal on the integration of European economies. The proposal was based on the experience the Benelux countries, Belgium, the Netherlands and Luxembourg in economic integration. On 5 September 1944, the leaders of the Benelux countries, who were exiled in London, signed the Netherlands-Belgium-Luxemburg Customs Convention. This treaty provided for the institutions and powers needed to integrate the economies of the three countries. The new economic area was called Benelux and, in 1958, the three countries signed the Benelux Economic Union Treaty.  The treaty provided for the free movement of people, goods, capital and services and for the co-ordination of social and economic policy. Using the Benelux economic union as a model, it was proposed that the six member states of the ECSC integrate their economies.

At the Messina (Italy) conference between the member states of the ECSC on 15 June 1955, Paul Henri Spaak was charged with chairing a committee that would produce a draft version of the Treaty establishing the European Economic Communities (EEC). The aim of the EEC was to create a common market between the six member states (the Six). Spaak’s committee also drew up a proposal for the integration of nuclear power among the Six at French insistence. The report on the EEC and the integration of atomic energy (Euratom) was submitted to the leaders of the six in May 1956. 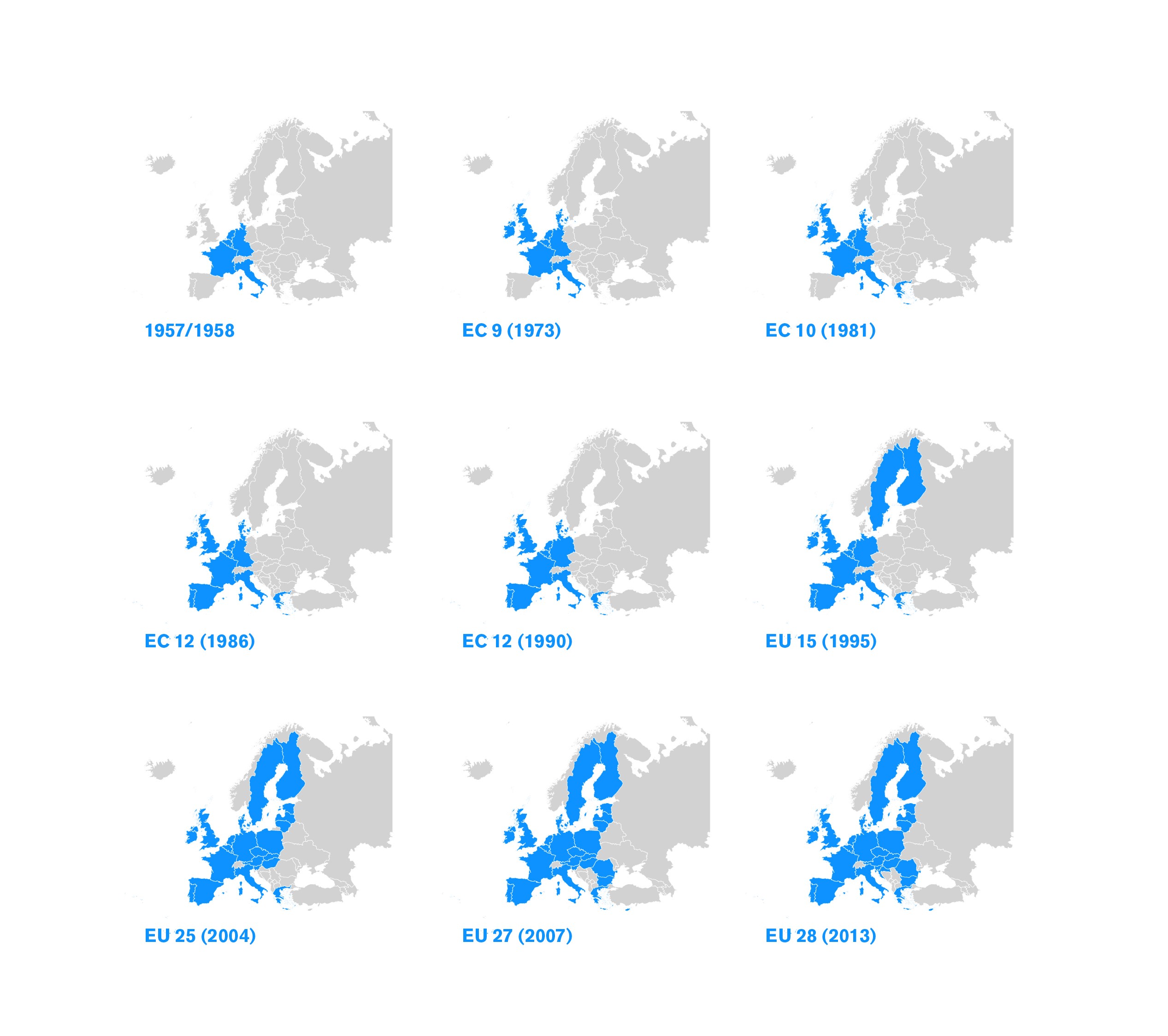 The year 2017 marked the 60th anniversary of the Treaty of Rome! To read about how this anniversary was celebrated, click HERE.